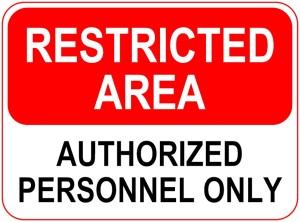 Venture capital was long a clubby, opaque industry, but AngelList and crowdfunding are two intertwined innovations that have since knocked that model onto its side. Now, another related twist looks poised to roil it again: the rolling close.

You’ve probably heard the term in recent years. A rolling close is what happens when a management team raises money within a certain window of time with no predetermined size for the “round.” Every amount invested is closed immediately at a set valuation, versus a traditional funding where a round isn’t closed until a predetermined minimum is raised.

The messaging service Snapchat is the highest-profile company to employ the model, closing $485 million from 23 investors over the course of nine months last year.

StrictlyVC is aware of two startups in San Francisco that are currently employing the same tactic.

You might think of it like crowdsourcing, without the middleman. “Whoever wires the money is in, and when you reach your target, you ‘close’ the round,” MUBI founder Efe Cakarel told TechCrunch.

Ramana Nanda, an associate professor at Harvard Business School, characterizes rolling closes as a product of a frothy market – full stop. It’s an “effective strategy for entrepreneurs in industries and at times when capital for startups is abundant and financing risk is low.”

As long as firms and investors can reasonably expect to continue raising money on good terms, Nanda says, they’re “less concerned about having a cash cushion in the event that things don’t go as well as expected, or because investors will not show up when the cash reserve runs low.”

Rolling closes are also tactical, argues Todd Chaffee, a managing director at Institutional Venture Partners, a Snapchat investor that wrote its first check to the company in 2013. “The formality of, ‘Let’s close this round, get back to business, and then raise another round'” isn’t always ideal for a fast-moving company, Chaffee says, calling rolling closes a “more fluid and dynamic approach.”

Still, there are downsides, including — presumably — managing investor relations. According to TechCrunch sources, Snapchat CEO Evan Spiegel has been known to invite different parties to invest in Snapchat at different pre-money valuations. (TechCrunch says some investors funded Snapchat last year at a $10 billion valuation while others participated at a pre-money valuation that was closer to $20 billion.)

MUBI’s backers invested at the same pre-money valuation, but all while the company’s post-money valuation was rising, meaning that every subsequent investor in MUBI’s newest fundraise was getting less of the company for his or her money.

It was a “very transparent and fair process,” says Cakarel, who tells StrictlyVC that “new investors weighed [MUBI’s] increased ‘pre-money’ valuation against a company that was becoming better capitalized [and] that continued to grow its subscriber base significantly throughout the funding period.”

Little wonder that investors who are accustomed to traditional rounds — where everyone receives the same terms — aren’t sure what to make of the trend. “We haven’t seen this sort of financing/closing structure in the late stage,” says Paul Madera of the late-stage investment firm Meritech Capital, but we “generally wouldn’t be very comfortable with it,” he adds.

Hunter Walk, cofounder of the seed-stage firm Homebrew, says his firm has “occasionally participated” in rolling closes — in cases where the entrepreneurs are “herding cats a bit and want to put money to work right away from committed investors.” At the same time, he says, “It would give me pause at the seed stage to see a founder who tried to mark up the company several times during a round.”

The big question, of course, is whether rolling closes are here to stay. Only time will tell, but our guess is that they are — that they’re indicative of how private financings are moving toward a more market-based approach. After all, if there’s more demand for an issue, doesn’t it make sense to raise the price? Why should founders be forever bound to the artificial constraints of “rounds”?

As Cakarel puts it, “It was unimaginable, even eight years ago when I started MUBI, to do a round of $15 million from a bunch of individuals, each coming in with somewhere between $50,000 and $1 million in Silicon Valley.”

Cakarel isn’t saying he’s closing the door on VCs. “Raising institutional capital is also very attractive, and VCs can add a lot of value.” But he notes that “VCs are no longer the only option you have for this kind of capital. And this is good for entrepreneurs. Out of options come good decisions.”