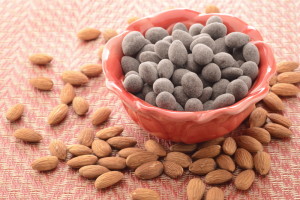 Are investors overdoing it? Perhaps, though a peek into the business of NatureBox, a two-year-old, San Carlos, Ca.-based snack-delivery company that has raised $28 million to date, highlights the opportunity they’re chasing. Earlier this week, I spoke with CEO Gautam Gupta, a former investor with General Catalyst (which is among NatureBox’s backers), about his 60-person company. Our chat has been edited for length.

We have three different offerings, so $20, $30, or $50 a month [based on how much you’re ordering]. You can choose the items yourself from 120 different options in our catalog, or we can select them for you.

You spent eight years working at General Catalyst. Do you think VCs are beginning to plug too much money into me-too food startups?

Before you go, which is better, life as a VC or as an entrepreneur?

I started with General Catalyst when I was in college, and it was the only real job I had before starting NatureBox . . . I’ve now learned that building a company is so much of a team sport, versus investing, which is more about being an individual contributor. I’m definitely learning a lot, but I also really love the aspect of being able to do something and see the impact of that and really playing in the game. This job is a lot more fun.