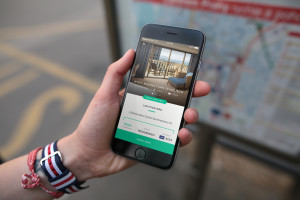 Call it on-demand on steroids. A 10-month-old, San Francisco company called Recharge has developed an app that enables users to book a stay in hotel for just for 67 cents a minute, or $40 an hour.

The offering sounds both brilliant and preposterous, yet it has already attracted some smart investors, including Scott and Cyan Banister and early Google engineer Harry Cheung, who’ve provided the company with $650,000 in seed funding. It’s raising up to $2.5 million altogether.

To learn more about the company, we chatted recently with CEO Emmanual Bamfo, who held numerous brief stints at startups, including at the carpooling company Hitch (acquired by Lyft), before teaming up with two former classmates at Washington University in St. Louis to create Recharge.

Okay, so tell us about this seemingly crazy idea that just might work. Who is your target audience?

Somebody who came up to San Francisco from L.A. for a day trip booked a Recharge earlier today. We see folks who just want to change a diaper or nurse their baby. We get people who live in Menlo Park but work in San Francisco and who want to shower and take a little time for themselves before they head to an evening engagement.

It’s a real need that we’re solving. [Customers] are getting privacy in the city to nap or shower or prepare for something. You can’t do that at Starbuck’s.

This concept is very much like that of Breather, which provides on-demand rooms in cities so that visitors can pop in to relax with friends or maybe make some quiet calls. We should also note that Breather has raised nearly $28 million from investors. Why is this better?