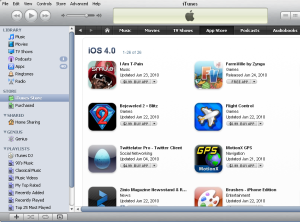 A week ago, the latest creation to come out of Max Levchin’s R&D lab, HVF, was publicly released. Unfortunately for Levchin, a widely read review suggested the app, called Homer, was “creepily intimate” because it allows users to view other people’s home screens.

Given that users have to choose to upload their own home screens with Homer and have full control over what apps they share, it’s hard to see how the app is truly intrusive. On the contrary, in an era where an endless supply of apps now compete for attention, Homer can help users discover useful new apps that their friends enjoy. It also comes with more privacy protections than that initial review suggested.

Homer’s bigger problem, seemingly, is that it wasn’t ready for prime time when it launched. Though some VCs immediately began talking up the iOS app, users weren’t so charitable, giving Homer three out of five stars. Two called it “very buggy,” and a third commented, “Nice concept but can’t even use the app.” Perhaps not surprisingly, HVF says it doesn’t have a timeline for an Android version.

In an interview earlier this week, Homer’s creators, fellow Stanford grads Elliot Babchick and Jason Riggs, quickly volunteered that the app, which they began working on in April, isn’t perfect. “We’re still working on it full-time,” said Riggs. “There’s still plenty to do, like making it faster and fixing bugs … this is basically a [minimum viable product], and we’re making it better.”

The question is whether they’ll get another shot from users. Apple’s approval process can take days; it can also take weeks. That’s a lot of time for a buggy app to be out in the wild.

There’s also a slight risk that Apple will decide it doesn’t like the app after all, especially given the early public impression that it’s somehow meddlesome. Babchick noted that while “someone at Apple did check a box and let us through,” its guidelines are somewhat squishy. “Years ago, the rule was that you weren’t allowed to feature any other app within your app. Since then, the clause has evolved to say that you can’t promote an app unless it’s to a specific set of people for a specific use case.” Apple, he added, “is leaving itself the opportunity to interpret [new apps] how they wish.”

HVF is a member of Apple’s affiliate program — reason for the team to feel some degree of confidence. In fact, Homer can “technically be making money off apps that we refer people to,” though “we’re not doing that yet,” Babchick says.

Asked how long it makes sense to give an app a chance, Babchick told me, “We don’t set an arbitrary guideline that we’ll work on [this or that project] for an amount of time and if it doesn’t make it, [we’ll move on]. Once you start seeing solid retention, for a significant period of time, that’s when you know you have a thing. For something that [came out last Friday], we don’t have the answer.”