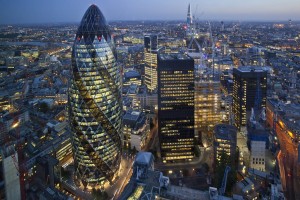 With the official news last week that Google Ventures is opening a London office, we decided to call American-born Rob Kniaz of Hoxton Ventures, a London-based firm that closed its first $40 million fund late last year. In the view of Kniaz — who began his career in London as a market development manager with Intel before becoming a product manager at Google, then a VC with Fidelity Ventures Capital — Google’s move to London could be just the shot of adrenaline that the city’s staid venture scene needs. Our chat has been edited for length.

I had read that raising a fund was harder than you’d expected.

It took us almost three years. There’s far less appetite for funds here, so it probably took two or three times as long [as it would have in the U.S.]. But we got it closed last year, with 90 percent of it coming from individuals and 10 percent from institutions. People don’t understand the opportunity here because [some of the biggest successes] don’t seem European. People often think that Skype and Spotify are U.S. companies; they say, “I’d rather have tech exposure in California.”

What are some of the biggest challenges right now for European startups?

A lot of ideas here are comparable to ideas in the U.S. but have a harder time becoming globally competitive because they don’t have the same firepower. Because there are fewer VCs here, a company will raise $1 million, while a similar company in the U.S. raises $5 million.

There’s also a big gap in mid to senior management talent. When I went to work for Google in 2004, probably 20 percent of the managers were ex-Amazon, with another 10 percent from Microsoft [etc]. It was almost like an academy, with people bringing best practices from legacy companies. Here, that generational knowledge isn’t passed down the same way, so the biggest challenge for us is either developing that talent, or finding people who’ve learned at the Facebooks or Googles of the world and are coming here.

Does it seem like more people are moving to Europe from the U.S.?

It does. At some point, people want to come home. Especially with the cost of living in San Francisco and the housing [shortage], the city is looking less tenable to a lot of people. There’s a lot of value in California, but if you already have that network in place, it makes a lot of sense to come here, especially with the pace picking up. Ten years ago, if you were a Frenchman, you went to the Valley and you didn’t come back. Now, it’s feasible to do your company here.

You invest across Europe. Is it possible to draw broad distinctions between startups in Helsinki, Sweden and Berlin, for example?

Finland is disproportionately excellent. The Swedes are thinking internationally from day one; there’s also tons of computer science talent familiar with the programming language Erlang, which is very good for massively parallel communications and was developed at Ericsson, outside Stockholm. And Berlin is super cool, like Brooklyn. Its livability is really high. There’s a big consumer and design focus. But it’s still in that hype cycle. People are talking about it, but it hasn’t had any tremendous successes yet except for the [e-commerce company] Zalando.

Are you seeing more sophisticated angel investors in Europe?

Every city has a good group of angels. It’s very different from angels in the Valley, though, who are former engineers, product directors, [and other former operators]. Here, they’ve mostly made their money in finance or banking and they’re tech fans; they don’t have that industry background.

It all sounds a little like New York five years ago.

It feels a lot like New York five years ago. There’s a lot of interesting stuff bubbling up, but it takes a while for people and money and ideas to come together.

London has a few big firms: Index Ventures, Balderton Capital, Accel Partners. How do you feel about Google Ventures now coming to town?

I’m tremendously excited about it. That London is the first place outside of California that Google is establishing an office – ahead of New York and many other places they could set up – it’s a pretty strong signal.