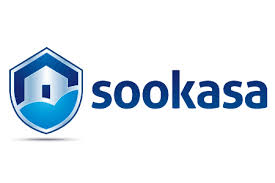 Sookasa, a 2.5-year-old, 12-person startup in San Mateo, Ca., is taking the wraps off its business today, as well as unveiling $5 million in Series A funding led by Accel Partners, which it closed on last August.

No doubt Accel was attracted to the startup’s technology, which promises to dramatically simplify the protection of sensitive files across popular cloud applications and mobile devices. As services like Dropbox and Box become increasingly ubiquitous and more employees use them to share files with each other and people outside their companies, businesses in particular need a better way to manage and protect that data. Sookasa, a cloud-based offering, says it make the process of encryption so easy that even a sole practitioner can get up and running as easily as he or she can sign up for Dropbox itself.

Yet Sookasa is interesting for another reason. In addition to cofounders Madan Gopal and Chandra Shetty — both senior engineers from Cisco, formerly — Sookasa’s founders are a father and son who serve as CTO and CEO, respectively. Israel Cidon was long a professor at Technion in Israel; he also founded four prior companies, including Actona Technologies, acquired in 2004 by Cisco. Asaf Cidon, a PhD candidate at Stanford, spent a year working in R&D at Google after spending three years in the intelligence section of the Israel Defense Forces.

Asaf Cidon talked with StrictlyVC the other day about the company and what it’s like to work with his dad.

You want to allow professionals in regulated industries, like health care, finance and legal, to use their favorite cloud services in a secure way. How is your service different from what already exists?

The issue with other types of solutions is that they’re only good as long as you’re accessing the cloud through a company computer or company network. If you’re sharing with someone outside of company, they can’t access the files. We encrypt files anywhere they go.

What was the impetus for the company?

Dad and I are both geeks who’ve been mucking around for years on crazy ideas and we were [storing] a lot of our documents on Dropbox. And we asked ourselves: Where is our data? Where are all the copies of these files and who can access them? What we found was those are really hard questions to answer. These services keep a lot of different copies and it isn’t clear who can access them. It’s an interesting problem to address for consumers, but even more so for businesses, where you can get fined $5 million for a HIPAA breach, for example.

Not many entrepreneurs launch companies with their fathers. What it’s like?

There probably aren’t many cases where founders have started a tech business with family members — though Mendel Rosenblum cofounded VMWare with his wife [Diane Greene], which is an even more precarious situation. [Laughs.] My dad and I really get along, though. We’re also very different. He’s a professor who’s really interested in hard problems; he’ll obsess for a week over [some aspect of] encryption architecture. I love the business side and how we find the right business positioning and sales, which I didn’t always know I would.

First, we had to go through extensive security and HIPAA audits by [the audit firm] Praetorian, to [ensure we meet all the technical safeguard requirements]. We also wanted to wait until the product was simple enough for the public to use. We have customers, but an encryption product isn’t necessarily easy to explain to a doctor or nurse or even a lawyer. Now the product is in a state where you put your folder in Dropbox and it’s encrypted, it’s done. You don’t even know it’s there.

For inquiring minds, will be you be in the market for more funding this year?

We’re not right now looking for a Series B, but we’ll need funding to expand. We’ll probably need inside sales [staff] pretty soon. With our ambitions, we’ll be going through at least one more round — to put it mildly.