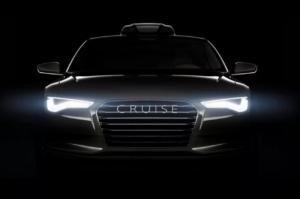 Jeremy Guillory, a Bay Area mechanical engineer, has filed a cross-complaint against 2.5-year-old Cruise Automation and its longtime CEO, Kyle Vogt. At issue: Guillory says that the self-driving car company — which developed an autopilot system for existing cars and is being acquired by General Motors for reportedly north of $1 billion — is cheating him out of his rightful 50 percent ownership stake in the business, which he says he helped form. (In legalese, Guillory is accusing Vogt and Cruise of promissory estoppel, conversion, unjust enrichment and accounting.)

You knew this counter-claim was coming Wednesday, when the president of Y Combinator, Sam Altman, tried to get ahead of things publicly in a blog post.

As you may have read then, Altman, who has known Vogt for years and whose accelerator program provided Cruise its first check, acknowledged that Gillory “collaborated with Kyle for a very short period early on in the life of Cruise.”

Some time in the weeks since GM announced it was buying the company in mid March, Guillory requested a percentage of Vogt’s equity in the company, even though, according to Altman,  “Kyle and Jeremy parted ways” after roughly one month of working together. “This event happened more than two years ago, and well before the company had achieved much of anything.”

The matter was private at first, with Vogt making what Altman described as an “extremely generous offer to settle this claim,” presumably to keep it from derailing Cruise’s acquisition. When Guillory didn’t accepted Vogt’s offer by a deadline last Friday, Vogt hired the law firm Orrick, Herrington & Sutcliffe to sue Guillory for so-called declaratory relief.

The filing acknowledges that Guillory and Vogt first met in mid October 2013 and began working on Cruise. By October 21, 2013, they had submitted an application to Y Combinator, whose deadline that year was October 31. By November 7, 2013, after the duo had been accepted into the accelerator, Vogt told Guillory that he no longer wanted to work together.

Guillory’s attorneys note that on that print application to YC, Guillory and Vogt list themselves as co-founders and 50 percent shareholders of Cruise.

That seems to be the only documentation Guillory has to support his claim, along with this one-minute video, which Guillory and Vogt also submitted as part of their application. Whether it’s enough could determine whether or not Guillory is entitled to up to hundreds of millions of dollars.