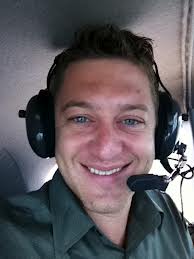 Josh Breinlinger could have easily been a hardware investor. One of his first assignments out of M.I.T., where he graduated with a mechanical engineering degree, was working for a management consulting company, where he was tasked with dreaming up better fryolators for Burger King and helping design armor for army helicopter pilots.

But a college friend convinced Breinlinger to become the fourth employee of the online staffing company oDesk in 2004 (which merged with archrival Elance last year), and he became completely hooked on marketplaces.

In fact, since entering the world of venture capital a few years ago as a venture partner at Sigma West, Breinlinger has made it his mission to seek out the next big marketplace, leading investments in OfferUp, a Seattle-based mobile marketplace that’s trying to take on Craiglist; and Contently, a New York startup that’s helping companies produce articles that appear on their own websites, in native ad placements, and across social media. (OfferUp will be disclosing the details of a new funding round soon; Contently has raised $12 million, including a $9 million newly closed Series B led by Sigma West.)

Last week, I asked Breinlinger to tell me more about his ideal deal over lunch near Sigma West’s San Francisco office, and he offered up both the obvious and unexpected. For example, like every other VC on the planet, Breinlinger looks for high recurring usage. (“It’s why Uber is so phenomenal,” said Breinlinger, tucking into his lemon grass beef dish. “I use it all the freaking time.”)

Also appealing to him: any marketplace that sees irregular usage and that can lock users into a subscription as a result. “Most people want housecleaners to come on a very regular basis and they have a relationship with that provider,” he noted. “On the other hand, when it comes to babysitters, it’s probably more irregular and as a result, you’re never going to have someone on demand, whenever you want.”

Breinlinger highlighted the success of Care.com, an online service for hiring nannies and other at-home caregivers that went public a couple of weeks ago. It shares were priced at $17 a piece; today they’re trading at $28.

Breinlinger’s time at Odesk also helped form some other specific views on what makes marketplaces click. He might not have funded the freelance labor force TaskRabbit, for example, primarily because the “best marketplaces lower costs, and TaskRabbit doesn’t meet that criteria for me because I used to be able to pick up my groceries for free [and paying for someone to pick up those items for you] is an added cost.”

Breinlinger cares about a startup’s Net Promoter Score, a customer satisfaction metric that centers on the question, “On a scale of 0 to 10, how likely would you be to refer X to a friend or colleague?”

And he’s exceedingly interested in the value that marketplaces add to relationships after they’ve made a match between a buyer and a service provider or product. As he told me, “The test we always used at oDesk was, ‘Could we find a buyer and a freelancer who have an existing relationship and get them to move their work to the Odesk platform because it would be easier and better for both of them?’”

Breinlinger also said he thinks more marketplaces need to focus on internal feedback systems and a lot less on the “normal” starred feedback systems that are commonplace but wildly imbalanced, in his experience. “There’s no incentive for someone to rate someone a one, unless they’re really mad for some reason,” he noted. Meanwhile “everyone else gets a five.”

To learn who is actually good at their job and who isn’t, more startups should be building in a lot of internal reviews that include private, anonymous feedback.

“That’s how you improve the product. And when you build the system correctly, you can grow as fast as you want.”