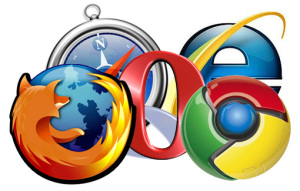 Branden Spikes didn’t set out to become an entrepreneur. Straight out of high school, he jumped instead into work as a security consultant, eventually working at Elon Musk’s first company, Zip2, then at PayPal, then SpaceX, where, as the Musk’s fourth employee and CIO, Spikes was tasked with keeping the computers of “extremely brilliant Ph.D.’s with access to sensitive IP” from being hacked.

Spikes also needed to ensure his boss had unfettered access to the Web while operating in a safe environment. (“You can imagine Elon Musk trying to get online and having problems. I’d have found myself fired if I messed that one up,” says Spikes with a laugh.)

Spikes’s big idea — one he decided to spin into a standalone business in 2012 — is a technology that runs browser software on a separate server, catching nasty bits of malicious code that could otherwise make their way onto users’ laptops. The technology then streams a video of the browser to users’ computers so seamlessly that they don’t know the software is running elsewhere.

The concept, called browser isolation, isn’t entirely new, and Spikes’s company, Spikes Security, isn’t the only one to offer it. In addition to going up against Authentic8, a Mountain View, Ca.-based startup backed by Foundry Group, two of Spikes’s biggest competitors are Citrix and Microsoft.

The other companies’ execution leaves much to be desired, though, say Spikes, who calls browser isolation “pretty technically challenging and, if not done properly, really problematic and burdensome for the IT people deploying it and the actual people browsing the web.”

A growing number of customers appears to agree with Spikes. Spikes Security already has more than two dozen large enterprises as clients, some of which are running the software through Spike Security’s data center, some of which are opting to run the software in their own data centers for privacy reasons. All are “helping us stretch the product and develop the technology at the right pace,” says Spikes.

Investors like the vision of the 27-person, Los Gatos, Ca.-based company, too. In fact, the startup — which had originally raised $2 million from Javelin Venture Partners, Spikes himself, and other angel investors – is today announcing $11 million in new funding from Javelin, Benhamou Global Ventures, and Lakewood & Company.

Spikes says the money will go a long way toward helping the company meet growing demand — which is but one of numerous challenges he’s learning to tackle as a first-time entrepreneur.

In fact, Spikes says he now understands his former boss much better. “For many years, I was puzzled by Elon’s actions and decisions and disagreements, about why $5,000 for this or that purchase wasn’t wise, or why hiring this guy would have been a mistake or why firing this person was a good idea. Now, I find I understand them a lot more.”