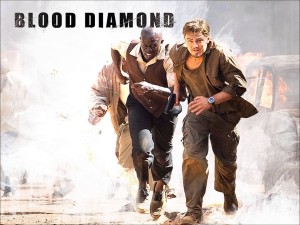 Santa Clara, Ca.-based company called Diamond Foundry is this morning taking the wraps off what it’s been creating over the last three years: the ability to produce diamonds. In Santa Clara.

As the company explains it, it discovered a plasma that allows atoms to attach themselves to a thin slice of diamond that’s been extracted the old-fashioned way, by being plucked from the earth. One by one, it says, atoms stack atop the diamond’s crystal structure, growing layer by later into a “pure, cultured jewelry-grade diamond.”

We couldn’t catch CEO Martin Roscheisen on the phone yesterday to ask what, precisely, jewelry-grade diamonds mean. We’re guessing if they were colorless and had what gemologists refer to as “excellent clarity,” Diamond Foundry would say so in its marketing materials. (It does not.)

Either way, the gems seem to be good enough for a list of prominent list of investors who’ve plugged some of their capital into the company. Diamond Foundry’s backers include entrepreneurs Mark and Alison Pincus; serial entrepreneur Ev Williams; early Facebook COO Owen Van Natta; and actor Leo DiCaprio, who famously played a mercenary gem smuggler in the 2006 film “Blood Diamond.”