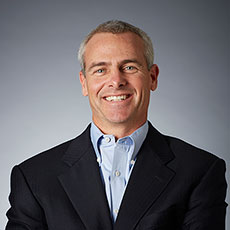 People love Strava, the 95-person, San Francisco-based company whose training app for cyclists and runners has garnered an almost fanatical following. The company keeps its number of “members” close to the vest, but among the passionate acts of its users was one recent job hopeful who employed the company’s mobile app to spell out “Hire Me” over the course of an 8.1-mile run that ended at Strava’s offices. Another user plotted out a bike ride in the shape of a turkey. In the U.K., where the company’s app has taken off (70 percent of Strava users are outside the U.S.), the press has even asked of its obsessed users: “Is Strava Destroying Your Marriage?”

Last week, at a StrictlyVC event in San Francisco, Strava’s charismatic cofounder, Mark Gainey, talked at length about his business with Sigma West managing director Greg Gretsch, who wrote Strava one of its first checks. During the conversation, Gainey opened up about what he views as the biggest weak spot of the sporting goods goliath Under Armour, his “love-hate” relationship with the navigation equipment company Garmin, and the one thing that keeps him up at night. Some of that chat follows here, edited for length.

It’s been a fascinating ride. [Cofounder] Michael Horvath and I . . .wanted to motivate and entertain the world’s athletes. At first, we were a web company that supported Garmin devices for cyclists. We basically tried to surprise and delight cyclists using the data they’d just uploaded. [Editor’s note: users had access to all of Strava up to five rides; afterward, they were asked to pay $6 a month, or $60 per year for the use of all of its features.]

In 2011, in trying to figure out a cheaper way for people to participate in Strava, we launched a mobile app that put us on a completely different path. The good news was that wow did that create growth, domestically, internationally – everywhere. The bad news was that we had to completely reconstruct our team and rethink the way we were building ourselves out.

What types of athletes are using Strava?

We started with cycling and really focused on them; cyclists are data geeks who are used to [logging their data]. But now, almost half the activity coming in is from the running community, You can upload up to 28 different activities into Strava, though. We see everything from yoga to skiing to kite surfing. We want people to capture their athletic life on Strava.

What’s the business model and how has it evolved?

You can use Strava for free as long as you like, or you can upgrade to $6 a month or $60 a year. It’s a very straightforward model that has worked very well for us over the past five years. By going direct to athlete, we’ve been able to maintain that one-to-one relationship and really create long-term customer value.

A year-and-a-half ago, we also began developing a second direct-to-athlete revenue model, with integrated commerce. We’re not trying to be the Amazon for athletes or create a shop where you can buy stuff but [rather] integrating opportunities into the Strava experience. You can sign up for a monthly “Gran Fondo” — we basically challenge for you to ride roughly 100 miles on a given Saturday — and if you finish, you get an email from us and you “unlock” the ability to buy a limited-edition jersey. We routinely get more than 100,000 people who sign up for these challenges, and it turns out that rewards for athletes is really powerful. We’re simply trying to keep them motivated.

We also launched something six months ago called Strava Metro, which is an opportunity for us to begin working with urban planners and local governments, taking ride and run data in any given population and giving them an anonymized version of it so they can plan bike paths and pedestrian walkways. That’s something we’ve begun to license out and we think it’s another interesting part of our business going forward.

What are the metrics that matter most for Strava?

A long time ago, we placed a bet not to worry so much about the top of the funnel and user acquisition but [focus instead] on engagement. We were sort of fortunate in that athletes tend to network with each other anyway, so we let that kind of be the organic growth, and we focused attention on keeping people engaged.

Where things have shifted over the last one-and-a-half years is that engagement [now means] something very specific; we call them SUMs, Strava uploading members who [port] their activity into Strava. It’s a powerful metric. We know that once we get them uploading a few times, they’re lifers. If you saw our cohorts, our members, our athletes –they don’t go away. They hibernate when it’s a polar vortex outside, but they’ll come right back.

Under Amour has been busily acquiring companies. It bought MyFitnessPal and Endomondo last week for $475 million and $85 million, respectively. Over a year ago, it acquired MapMyFitness [for $150 million]. Can you comment on what’s going on, and how you see the market evolving?

We’re pretty excited about our future. We did a Series D [last fall] led by Sequoia. We didn’t need the capital; we’ve been pretty efficient with our capital. But we were sending a clear signal to the market that we intend to go and grow a global brand. We think there’s a great opportunity to build a sports brand using digital as the platform, so we’ve watched with interest as there has been some consolidation. Under Armour has been especially aggressive over the last year and a half. What we’re finding is that they’re just very different businesses.

When you listen to Under Armour CEO Kevin Plank, he’s very clear. His business is selling apparel and shoes, and he needs channels to do so. And he has figured out that he can get 100 million email addresses when he pulls together these sites.

At Strava, though, we have a strict definition of community. Community is about getting our customers to interact with one another. That’s when community happens, [that’s] when you have network effect. I’m not judging. Under Armour has a loyal customer base, Nike has a loyal customer base, Apple has a loyal customer base. I’m not saying that community is the way to go, but in our case, we’re a community-based business. We’re akin to a LinkedIn or a Facebook, and our business is very much predicated on the way the network interacts. And when you look at things like MyFitnessPal and Endomondo, the challenge they’ve had is there’s tremendous churn with them because there isn’t network effect. So it’ll be interesting to watch how it plays out.

Will we see Strava make any acquisitions?

Part of the reason to do the raise [last fall] and put ourselves in a position of strength [for that possibility]. It sure feels like it’s a market that’s ripe for consolidation, and we’d rather be on the aggressor’s side.

What would you be acquiring for?

We’re always looking at other services that would benefit our athletic community. Areas around nutrition are interesting, around training. The event marketplace is fascinating for Strava. The challenge is the noise of opportunity. There are so many things we could do for our athletes and frankly we’re a team of about 95 people, so we’re trying to be careful about what we do and don’t do.

Which companies are always on your radar?

Under Armour has always been on my radar [particularly after they acquired MapMyFitness last year]. Nike is always on my radar; we talk to them all the time and think there are opportunities for interesting partnerships, but they have Nike Plus, so I monitor that one closely. Another would be Garmin, [a company] that everyone thinks that we’re in bed with and that we’ve had this close relationship with since day one because we sell all their devices and support all their users. But the truth is it has been a love-hate relationship for the better part of five years. We think there are amazing things to do together, so we’re hoping it’s more the cooperation part but . . .

What I actually lose sleep over is the startup I haven’t seen yet. I understand those big businesses and what they’re trying to do. I worry that there’s someone else who has figured out how to something really cool with mobile and apps and that we don’t have time to do. The guys who make me nervous are the companies that [venture capitalists] are probably funding right now.