Much has been written about the ambitions of AltSchool, a San Francisco-based startup that’s aiming to change the way that school children learn. Its big idea, broadly, is that personalized learning is far more effective than the standardized education that most students are stuck with today.

As important, personalized learning is scalable, believes AltSchool, which operates seven small private schools – five of them in San Francisco, one in Palo Alto, and one in Brooklyn – and, sorry to disappoint some of you, doesn’t intend to open many more. Instead, after several years of working closely with its kindergarten-through-eighth-grade students and iterating on its personalized learning approach, it’s gearing up to license its findings to other schools that want to embrace more individualized techniques but don’t have $133 million to test what works and what doesn’t. (That’s how much AltSchool has raised so far from its investors).

The 160-person company, which describes itself as very much in the “building phase,” aims to raise more over the next couple of years, too. We talked earlier today with founder and CEO (and former Googler) Max Ventilla to get the full update. Our chat has been edited for length and clarity.

You’re opening another of your own schools in Lower Manhattan this fall, and another in Chicago early next year. But after that, you’ll be more focused on partnering with other new and existing schools. Is that right?

We’ll continue to run our lab schools with an emphasis on learning in a full-stack way and advancing a new model for how schools can educate children. That approach and the platform that we use to support our own schools is what we’re [using to] partner with other schools, and you’ll see the first of those partnerships in September 2017.

Are these private or public schools or some combination of both?

To start, they’ll be pretty similar [to AltSchool]: small, independent, private schools – schools that adhere to the idea that student agency is critically important. We’re starting in an admittedly easier setting. Private schools have less regulations and fewer constraints on their resources, [but it’s an opportunity] to prove the model works, then to incrementally expand the model to more and more schools. So the first wave will look like the schools we’ve been running successfully [ourselves], then by 2018, maybe you’ll see newer, progressive charter schools [adopt our approach] then maybe just progressive schools.

If you keep improving the model and the gains compound and schools benefit from other schools in the network, it stops being about AltSchool trying to stitch things together. We do believe on a five-year time scale, it starts to be relevant for some smaller-district public schools; it may be 15 years before urban school districts benefit from anything we’ve built.

Are there any partnerships you can announce?

We’ll have a formal announcement at the end of September, but we’re pretty far along with a few schools that either already exist or are opening.

AltSchool prides itself on employing equal numbers of educators, operators, and engineers who actively help the educators mark and measure what’s working and what isn’t. But a New Yorker piece published earlier this year noted that data-related privacy concerns could hamper the adoption of your software by public schools. 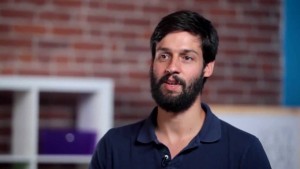