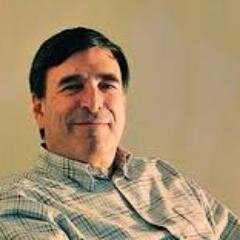 Mike Kwatinetz is old school. The cofounder of Azure Capital in San Francisco isn’t likely to call himself a “an artisan” or “venture assistant.” He’s no great fan of networking. And Kwatinetz co-manages the firm with three people he has worked alongside for 20 years, a rarity in the venture world. (The firm’s GPs all spun out together from Credit Suisse First Boston.)

Azure emerged on the scene in 2000, just as the market was going into Internet Bubble free fall. Bolstered by early wins like VMWare, which EMC acquired for $675 million in 2003; and BillMeLater, which eBay purchased in 2008 for $945 million, Azure survived, but it had to significantly reconstitute itself in the process. Although Azure raised $540 million in its 2000 debut fund, its second fund (vintage year 2006) was only $127 million, and Kwatinetz says the firm’s third fund, closed in 2011 is “smaller,” on the scale of its immediate predecessor.

Today Azure focuses on post-seed-stage investments. The other day, StrictlyVC caught up with Kwatinetz, an amiable straight-talker with a PhD in mathematical modeling, to talk about that shift — and what’s next. Our chat has been shortened for length.

Azure’s team is like a band. How would its four GPs characterize one other? Who plays drums?

Hah. I’m probably the most analytic, though Paul Weinstein is pretty similar. Cameron [Lester] is probably the best one at networking. And Paul Ferris has some very deep relationships with real superstars in his area. He’s also probably the nicest of the four of us.

Azure had some big exits in the aughts. What are some of your most recent exits?

Cyan, [a computer network gear company] went public last year. We also had a relatively fast exit with [travel app] TripIt [acquired by the expense and travel management company Concur for $120 million in 2011].

We completed our distribution of stock last year of Concur, which was an unusual deal but worked out well. When Concur came to the table, it was offering much less. We said no, so Concur wound up guaranteeing us its stock would be worth a certain amount two-and-a-half years later. We had to hold on to the stock [for the duration] but it made it possible for them to give us a lot less stock, while we locked in the price we wanted.

I’ve read about these ratchet provisions, which sound incredibly risky. Are you seeing more of them?

Not first-hand, though I’ve heard other instances of them. This was a pretty big payday for key members of the TripIt team, though, and taking cash right away [versus agreeing to this stock deal] would have significantly reduced their payday.

We tend to come in at around a $10 million [pre-money valuation], so we call ourselves post-seed — that’s how we think of ourselves. We’re aiming to have three-quarters of our startups in that category and one or two earlier and one or two later.

It seems like that stage is getting crowded all of a sudden.

Post seed is still the least crowded. About 40 percent of seed-funded companies can’t get to their next round, so we have a tremendous volume of opportunity, though, again, we’ll make exceptions and go even earlier. We’ve already invested in the new company of TripIt’s founders,Chairish, an online consignment marketplace for furniture. It’s now reaching that post-seed stage and they’ll have to decide if they raise another round; from our view, I’d be happy if we could lead it.

Having experienced the late ’90s dot com bubble, how are you feeling about the market right now?

It’s wide open but the requirements are much higher than they were in the mid ‘90s, even pre-bubble. What’s interesting to us: the Toronto Stock Exchange and the London Stock Exchange are trying to fill the gap that Nasdaq has created by moving up market, so we’re looking at them. We want as many options as possible for our companies.

What are the advantages and disadvantages of going abroad?

There are lots of pros and cons to Toronto. The pros: you need a minimum of $10 million in [annual] revenue, not $100 million. Of course, you don’t want the to be orphaned afterward, where there’s no constituency of buyers and your company becomes a penny stock. So we’re trying to understand all of that better before we do anything in that arena.

We’ve been studying London longer. The [revenue] threshold is higher, but there are restrictions about how you can exit that make it trickier.

Do you think the U.S. is anti- small companies?

I think startups that get acquired before going public cut off job creation and that the government should pay attention to that.