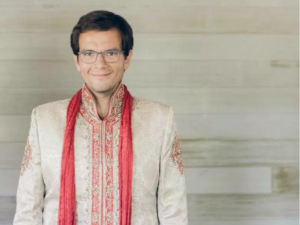 Mike Vernal, a Facebook VP who has spent the last eight-plus years at the company, most recently leading its search, profile, local and developer platform product groups, is leaving the company to become a venture capitalist at Sequoia Capital.

Before joining Facebook, Vernal spent nearly six years at Microsoft, first as a product manager and later as a development lead.

The Harvard grad (two degrees) wrote in a tweet yesterday afternoon that “Facebook is an exceptional company with amazing people. Thank you to Mark and everyone at @facebook for the past eight years. I’ll miss you.”

One of those partners is Bryan Schreier, who joined Sequoia in 2008 after being a senior director at Google. In an email provided to us by a Sequoia spokesman, Schreier writes, “You don’t recruit people like Mike. They choose you and we are thrilled to have him join.”

Schreier says the firm got to know Vernal through his work fostering startups when he was leading Facebook’s platform initiatives. “His experience scaling engineering, product, and design teams at Facebook will be invaluable to Sequoia founders working to build similarly transformative companies.”

Like all Sequoia partners, Vernal is expected to be something of a generalist, but it’s likely he’ll be focusing on consumer and developer tech to start.

Sequoia recently parted ways with another longtime partner, Michael Goguen, when it was revealed that he was being accused of breach of contract in one of the more explosive lawsuits to hit Silicon Valley in a while.