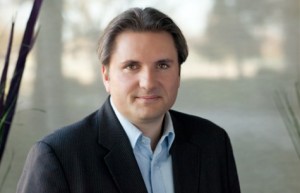 Beginning next month, the Bay Area venture firm SoftTech VC will undergo a management change, with partner Charles Hudson beginning a transition out of the firm to start his own fund, and a new venture partner, Andy McLoughlin, who cofounded the enterprise collaboration startup Huddle, joining full time to focus on business-to-business opportunities.

For SoftTech founder Jeff Clavier, it must feel like a bit of déjà vu. It was 11 years ago, working for the venture arm of Reuters, that Clavier decided to gamble on himself and strike out on his own. SoftTech has since grown from a one-man operation into a well-regarded early-stage investment firm with more than 160 investments to its name and four funds, including an $85 million pool that it closed on last year.

As the firm has evolved, so has its mandate. “Something like 500 companies now ping us every quarter, and we invest in four or five,” Clavier says of the firm, whose average check size today is $750,000. Not only does SoftTech “have the luxury of trying to get the right level of signals before we invest,” he adds, but the firm’s LPs expect it.

That evolution has made it harder for Hudson to chase the nascent ideas about which he’s most passionate, acknowledges Clavier, who recruited Hudson into SoftTech as a venture partner in 2010 and promoted him to partner in 2013. In fact, says Clavier, Hudson decided several months ago to raise his own, “pre-seed” fund, an effort that Clavier says he fully supports. (Owing to SEC rules, Hudson can’t talk yet about that fund, but we’ve learned that its brand, for now at least, is Precursor VC.)

It will be a gradual move out of SoftTech for Hudson, who is expected to manage his startups through the end of the current fund’s investing period, in the summer of 2016.

In the meantime, notes Clavier, McLoughlin brings SoftTech far more expertise in enterprise startups as it looks to shift more of its capital from business-to-consumer startups to businesses catering to other businesses.

Not only has McLoughlin been scaling his own enterprise business first-hand at Huddle (which remains privately held), but he has made more than 35 investments as an angel investor over the last five years, many of them on exactly the types of companies that SoftTech has grown more interested in funding. Among those bets is Apiary, a San Francisco-based company whose tools help companies build, test, monitor, and document web APIs; and PipeDrive, a maker of sales pipeline software that’s based in Menlo Park, Ca.

“Charles and I had in mind to bring in a new investment professional [who], on the one side is a SaaS cofounder who has seen different levels [of growth] over many years, and [on the other], is someone who can help set up sales, marketing, and customer success [for our startups],” says Clavier.

“From that standpoint — and many others — Andy is a score.”