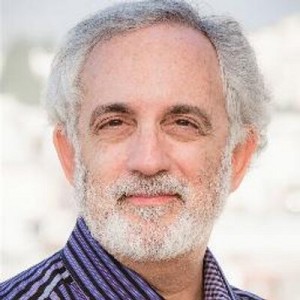 Lotus Software founder Mitch Kapor is well-known for his philanthropy, including through the Kapor Center for Social Impact, which funds startups as one prong of a strategy to strengthen underrepresented communities.

But Kapor has also made many bets on companies based purely on their technology and teams. Among them is the home surveillance startup Dropcam, acquired last month by Google’s Nest Labs for $555 million. In fact, Kapor was its first investor.

Late last week, we talked about how that deal came together, and how Kapor feels about the outcome.

How did you find Dropcam five or so years ago?

I came across it through a third founder who left very early, Anson Tsai, who went on to found Cardpool, a market for buying and selling gift cards. Cardpool was acquired by [the payments network] Blackhawk early and very successfully. I’d met Anson socially through [entrepreneur and popular blogger] Andrew Chen.

I don’t think people realize there was a third founder.

Yes, with Greg [Duffy] and Aamir [Virani], who’d worked together at [the email startup] Xobni, which was just shut down by Yahoo, ironically [roughly a year after it was acquired for undisclosed amount]. I think the chemistry wasn’t right, so Anson left to start his own company, but I liked Greg and Aamir and what they were doing and thought they were riding some good themes so invested.

Were you privy to any of Dropcam’s conversations with Google? I always wonder which investors know what and when.

Our relationship as seed investors is heavily concentrated from the time we first make an investment up through a Series A. In Dropcam’s case, the Series A came pretty early, because, to his credit, Sameer [Gandhi] of Accel saw something in the company [and led the company’s Series A round in 2011]. Once Dropcam had a board, our relationship changed. I was involved, but more on demand, when Greg or Aamir wanted coaching or advice or introductions. In fact, I found out about the sale by reading about it in my Twitter stream and getting congratulated, and that’s typical if you don’t have a board seat. Seed investors often find out about big events as they’re happening or sometimes just before.

What kind of return did you see on your investment? More than 100x?

Definitely more than 100x. It was a big return.

As a big believer in the company, do you think selling to Google was the best outcome for Dropcam?

The right outcome has to do with the founders who are in place and deciding the right thing to do. Sometimes, they think it’s the right time to sell because being part of something bigger helps in achieving strategic objectives and getting [a financial] outcome. There are tradeoffs, too, if you stay on your own. You enjoy your independence and you can maybe build something larger, but it comes with a lot of headaches.

I’m surprised people aren’t more concerned by certain companies’ moves to dominate the connected home, given their growing reach into other aspects of our lives. Do you have any thoughts about why that is?

I think ultimately there will be some kind of new social contract backed up by laws that will put some restrictions on what companies that collect a lot of data on people can do with that information, and that would include Google, Apple, and Facebook. I believe it will be a long and messy road to get there, but if we look at what’s going on today, we see the outlines of how it will happen. For a number of years, for example, Silicon Valley companies resisted releasing their employment data. Google gets credit for its willingness to put it out there, though. It was difficult, because its diversity numbers are terrible. But the time had come for the company to take a step forward and it has.

When do you think we’ll see these protective regulations?

Probably 5 or 10 years from now, and I think it will come from unhappiness among consumers and other forces that convince Google that its long-term interests are better served by agreeing to do something that previously it found difficult or impossible to do.

People will have to get more upset about the whole subject of large amounts of personal information being collected. But change happens. Consider gender issues. There’s been one embarrassing scandal after another, with Tinder, Github, and others. I don’t think there’s more of that going on now than before, but people are more aware that it’s going on now, it’s covered more, and there’s more of a climate that this isn’t right. It’s an issue that’s no longer ignored.

We’re not there yet on data collection, but I think we’ll get there. It will happen.