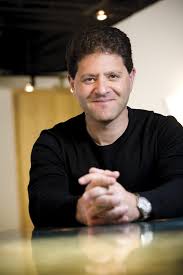 For at least the last six months, Seattle-based venture capitalist Nick Hanauer has been arguing for a higher minimum wage and citing stats that underscore the myriad ways that growing income inequality will bring everyone down.

Hanauer was one of Amazon’s first investors and cofounded the ad tech company aQuantive, which sold to Microsoft for $6.4 billion in 2007. He’s also the chairman of Pacific Coast Feather Company, a privately held family business that produces down pillows and bedding for clients such as Sealy and Eddie Bauer.

Although Hanauer clearly isn’t living paycheck to paycheck, he has turned his sights on raising the minimum wage to $15 and is pointedly criticizing Bay Area venture capitalists for their inaction, noting that if they don’t start doing more to stem the “rising inequality in our society,” they are “idiots.”

“VCs have a huge stake in a thriving middle class,” Hanauer told me over the phone yesterday afternoon. “If workers don’t have enough money, they can’t buy from our companies.” Leading the charge for higher wages is an “easy lift” for technology companies and VCs “because we get none of the pain and all of the benefit. If you’re running or funding a venture-backed company, you aren’t paying anyone a minimum wage. On the other hand, you’re hoping to sell your products to everybody.”

I raise the oft-cited argument that many Bay Area companies are making it easier and cheaper to do things, and I can practically see Hanauer rolling his eyes. “There’s this Valley-based libertarian idea that as long as we’re businesspeople, we’re doing enough for our community — which is self-aggrandizing and just utter horseshit,” he says.

Asked for concrete advice on how VCs can take part in the minimum wage debate, Hanauer suggests that the Bay Area look north. In November, voters in the city of SeaTac, Washington, narrowly approved a labor-backed measure that would require a $15 minimum wage for approximately 6,300 workers in the airport, hotel, and rental car industries. Hanauer is himself now part of a working group organized by incoming Seattle mayor Ed Murray to implement a $15 minimum wage in Seattle, and “I think it will happen,” Hanauer says.

In California, Hanauer says investors should also throw their support behind Ron Unz, publisher of the libertarian-leaning magazine The American Conservative, who has poured his own money into a ballot measure to increase the minimum wage in California to $10 an hour in 2015 and $12 in 2016. The initiative, which will be voted on in November, would make California’s minimum wage the highest in the nation. (California’s current minimum wage is $8.)

“There are a lot of fine people in Silicon Valley,” says Hanauer, “but there’s this really creepy thing happening down there where people are making stratospheric amounts of money and leaving everyone else behind. We need to ensure the economy enfranchises as many people as possible, and we need more civic leadership coming out of the venture community.”

If it takes seeing low-wage workers as potential customers, so be it. “A rising tide lifts all boats,” he says.