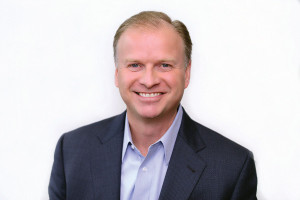 Last year, Bobby Franklin became president and CEO of the National Venture Capital Association in Washington, D.C. On Tuesday, over croque-monsieurs in San Francisco, we talked about the battles he’s been trying to win since for VCs and, increasingly, he says, entrepreneurs.

To say that Franklin’s job is complicated is kind of understating things. Still, we gather that Franklin — formerly an executive VP at a wireless communications lobbying group — is up to the challenge. Our chat with him has been edited for length.

You officially started the job in August of last year. What was first on your agenda?

My priority in coming into an association that’s been around for 40 years has been to take it to the next level, including moving our office up to Capitol Hill to be more engaged with policymakers. As close as we’ll be, I can imagine inviting entrepreneurs to our office as well as congressional staff who can come by and meet some of [these founders] so they can better understand who they’re working for.

Part of the vision that we talk about as I’ve taken over is directing all the focus on the entrepreneurial ecosystem. If policies that we’re working on with policymakers are explained to them in terms of how they can help the entrepreneurial ecosystem [versus how they can help wealthy venture capitalists], we’ll obviously have a more receptive audience.

We’re guessing most entrepreneurs aren’t aware or have time for the NVCA. How do you get them involved?

I don’t think you manufacture this. I think you have to earn the right to speak for them. An important issue to our members is immigration. But really, that’s most important to the entrepreneurs [at risk of being turned away from the U.S.], so we’re working on policies that benefit those entrepreneurs. You do a really good job of representing them and over time I think you earn the right to engage them more. If they see that you’re actually doing something for them, it draws them into ecosystem.

What are your next steps regarding immigration? Less than a month ago, President Obama announced he’d delay using his executive authority to reform immigration laws.

In a mid-term election year, it’s not surprising that it wouldn’t be able to make it across the goal line. They talked about doing it before the end of the summer, then [the administration] said, “Folks on our side of the aisle don’t want us to do anything before the midterm election and we respect that,” so part of what we’re looking for in a lame-duck session is what could be accomplished. Obviously you’re not going to get comprehensive immigration reform passed, but if the White House could make progress and help push this issue along, it’s not a bad place to be.

There are ways [the administration] can mess things up, too, if they do it the wrong way [as through executive order] and they further alienate both sides. Let’s say the Republicans make gains next week in the election and the Senate flips and goes Republican, which, right now, oddsmakers believe will happen; Republicans will clearly have an interest in putting their stamp on something bigger in the next couple of years.

What we do is ensure the White House, as well as Congress, understands the importance to the entrepreneurial ecosystem [of immigrants]. If we want this golden goose here in our country to keep producing new companies and creating new jobs and positively contributing to the economy, we have to recognize what’s important to it, and immigration is one of those things. Almost half of the companies that are founded have foreign-born entrepreneurs.

There will be a lot of investors reading this interview. Is there more they could be doing to help you?

Once there’s a clear path to getting immigration reform across the goal line, I think there will be opportunities for us to reach out to the broader VC communities to say, “Now is the time to write letters, to have portfolio companies reach out, to maybe reach out to VCs in other districts like Texas, Arizona, and Florida,” where there may be resistance to comprehensive reform. There’s often these two groups that talk past each other. We’re talking about the benefits of legal immigration; they’re talking about the downside of illegal immigration. They aren’t two sides of the same coin; they’re totally different coins.

What’s the second biggest priority for the NVCA right now after immigration reform?

Members are very interested in seeing patent reform moved forward because they’ve experienced the so-called troll problem. However, we have a very diverse membership. Some say, “Why do we even need a patent to begin with?” And there are others who, but for the patent, there wouldn’t be a company. So we have this diversity of interests and views, and ones of our roles, working in policy, is to find the right voice from a startup perspective and say to policymakers, “It isn’t just about this bill or nothing: you have to understand the implications of what you’re considering on the young, very small startup companies.”

If your own constituents can’t agree on how to move forward, what do you propose to Congress? Does that recent Supreme court ruling make your job any easier? I’m talking about the ruling that made it such that if a big company sues a little company over a broadly worded patent, the little company can stand up to its claims, because there’s a much better chance now that it can recoup its legal fees.

If you’re a small company trying to protect yourself against a large company, you may want to avail yourself of the tools at your disposal so you go after a large company But cases are not slam dunks, and you’ve put yourself in the position of having to pay somebody else’s legal fees that you can’t afford. Some of these things that sound like solutions to a part of the problem create unintended consequences.

A lot of times in Washington, [lawmakers] are very busy and focused on lots of different issues and when someone talks about the patent issue, a particular member of Congress or a Senator knows that they’ll be “for” patent reform, but they don’t know much else. And they know there’s a patent troll problem and they want to be a part of passing legislation that solves that problem. Our job is to say, “We understand this is the issue and this is your position, but you need to understand that what’s on the table could have an [unintended] impact on other parts of the entrepreneurial ecosystem and that they have to take a second [try] at this — that the first solution is from someone who doesn’t care about these small startup companies.”