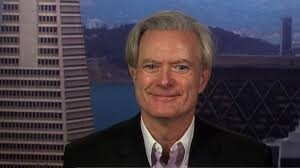 Lighter Capital emerged on the scene nearly four years ago when money was tight and its business — offering revenue-based financing to nascent, cash-strapped tech startups — seemed perfectly timed. Startups that didn’t want to agree to onerous venture terms yet weren’t candidates for small business loans suddenly had a third choice.

Of course, times have changed. Not only are traditional VCs now looser with money and terms friendlier, but you can’t swing a cat without hitting an angel investor, a micro VC, or an accelerator program. To find out how the Seattle-based company — which last disclosed a $6 million Series A in 2010 — is faring, I called its CEO, B.J. Lackland, last week to learn more.

Lighter Capital is kind of like an OnDeck but focused more exclusively on small software-as-a-service startups. Why?

We really like things with recurring revenue. That’s what we see as the asset that we’re fundraising against.

Explain how your service works to startups unfamiliar with revenue-based loans.

How long do you give companies to pay you in full?

As long as it takes, though if we can help accelerate [the time it takes to get paid in full], we get a better IRR out of it, so we’re happy to help them if we can. The way we interact [with our customers] is halfway between a bank and a VC.

What’s your pacing like, and what types of entrepreneurs are turning to you?

We’re doing three deals a month, though we’re staring to accelerate the volume. We’re targeting 8 to 10 deals a month now that we’ve really nailed down the instrument and the target. Our entire shtick is that can we use technology to make capital available faster; we can go from loan application to deal in one month.

There’s a lot of interest in the gap we’re filling between banks, VCs and angels. VC are shooting for 10x to 100x. Banks are just looking to not lose their money [so won’t always lend to our targets]. And angels want to own more of a startup, while a lot of our entrepreneurs own their entire businesses or else they’ve raised angel funding already but don’t want to become even more diluted [including as they work their way toward a Series A round].

Your product is money, which begs the question: Are you raising another round this year?

Actually, we just completed a financing — a larger, involved deal — that probably won’t be public for a while.

Will you expand beyond lending to software, Saas, and technology companies? OnDeck seems to be doing pretty well by lending to a range of businesses.

We’ll expand eventually, though we want to focus on our beachhead market and really refine the investing strategy and all that. We also intend to bring out new financial products. We think there’s still a huge gulf between us and banks, and that there’s an opportunity to create more lending offerings to companies — either more money or by lending money to slightly larger entities. There’s still very much a need for that.