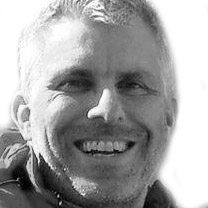 Since Y Combinator first swung open its doors nine years ago, hundreds of accelerator programs have sprung into existence, almost all modeled in similar fashion — holding classes at certain times of the year, accepting a pre-determined number of startup teams, and staging “demo days.”

Paul Bricault, a founder the two-and-a-half-year-old accelerator Amplify.LA in Venice, Ca., thinks that’s a little, well, silly. In fact, Bricault and Amplify’s cofounder, Richard Wolpert, have basically ripped up that playbook and created a new one that in almost every way operates differently. Whether it works is another question that only time will answer.

We chatted with Bricault, who is also a venture partner with Greycroft Partners, yesterday.

You wear two hats. So does Richard, who’s a venture partner at Accel Partners. How do you divide your time?

Amplify takes the bulk of my time. On an average week, it’s probably 70/30. But there are no normal weeks. [Laughs.]

You’ve raised two small funds so far, a $4.5 million fund and an $8.1 million fund closed last November. Will you be in the market again soon?

We’re not even a third of the way through fund two yet. My guess is that we’ll start fundraising early next year.

How many companies have you funded?

We’ve done 36 altogether and 31 have gone on to raise capital. Twenty-seven have raised seed rounds; four have raised Series A rounds, the smallest of which was $6 million. It’s a higher percentage than your average [accelerator] by a significant margin.

You take pride in doing things — a lot of things — differently. Amplify.LA doesn’t do classes; you have a rolling start program instead. You don’t have set economics. You invest in follow-on rounds. Why take such a different approach, given the success of Y Combinator?

Yes, we’re an accelerator in name but we do things differently. We have a rolling start program because we interviewed entrepreneurs from a dozen accelerator programs in the U.S and Israel and Canada and realized that classes benefit the accelerators but not entrepreneurs, who may have a different time frame than the accelerators. I don’t believe a class-based structure engenders cooperation, either; the founders feel like they’re in a Darwinian funnel leading up to their demo day. You see more collaboration between the SaaS company that has just raised a seed round and is working beside a younger company that needs help on its pricing model. Not last, classes create an artificial structure at most accelerators that have maybe 10 or 12 slots. We’ll go for a couple of months without admitting anyone, then admit four startups in a month.

As for the economics?

Not all companies are created equally. Some have traction and patents when they reach out; some have a brilliant idea and a PowerPoint. So it doesn’t make sense from an entrepreneur or investor standpoint to [present standard terms]. I will say that in general, we take between 5 and 10 percent and put in anywhere from $50,000 to $200,000, which is more than you typically see at accelerators.

And we do follow-on financing, but not in every company. We’re so small that it’s not a huge negative signal [if we don’t participate in a company’s next round]. It’s not always because we like a company better but because of the economics of how we set up each deal. If we take four percent in one company and it’s raising a seed round, there’s a higher chance of our wanting to put more money in, versus the company where we already own more.

Why have you dispensed with demo days?

For similar reasons. As an investor, I’ve always disliked them; they force you to listen to pitches that aren’t necessarily in your areas of interest and pushes entrepreneurs into a truncated pitch structure, which causes all of the pitches to begin to sound the same. The whole thing is very impersonal. We do a showcase here instead, where investors who attend can preselect the companies they want to meet with and, rather than sit through pitch, they meet one on on with those teams to get a better sense of them, without 100 investors listening over their shoulder.

Seed funding doesn’t seem to be an issue in L.A. as was once the case.

What about early-stage VC?

If there’s anything I worry about, it would be the lack of Series A and Series B and C capital in LA. There are two or three funds — Anthem [Venture Partners], Greycroft and Upfront [Ventures] — and other than that, there aren’t a lot of firms in a position to lead Series A rounds, so we have to attract external capital. Amplify.LA’s Series A rounds have been lead by Azure [Capital in San Francisco], Bessemer [Venture Partners, with offices in New York, Silicon Valley and Boston in the U.S.] and [Boston-based] Polaris Partners. Getting people to come down to L.A. or across the country is critical to the growth of ecosystem right now.