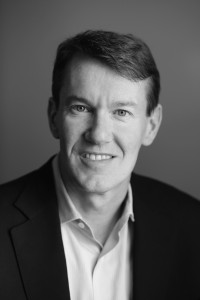 Peakview Capital is the investment advisory arm of Shengjing Group and the largest global fund of funds in China.

It also has millions of dollars to invest in U.S.-based venture capital funds, it says. This year. Right now.

It’s a very different message than VCs are receiving from many other institutions, judging by our recent conversations with them.

According to a variety of sources, the many brands talking with LPs include Andreessen Horowitz, Menlo Ventures, Eight Partners, True Ventures, and First Round Capital (to name but a handful). But some investors aren’t happy with the founder-friendly approach that many VCs have taken in recent years. As one investor told us earlier this week, speaking on background: “A lot of VCs have ‘returns’ but they’re mostly unrealized; it’s not like they were pumping these [portfolio companies] out [onto the public market] as soon as they could. And now the IPO market has collapsed.”

Erik Lassila, a longtime VC who is now the U.S.-based managing partner of Peakview, understands his peers’ frustration. There’s a big — and often costly — divide between paper and realized gains. But as part of an organization that plans to invest $1 billion in venture funds —  including “hundreds of millions of dollars” in the U.S., a smaller percentage in Israel, and the rest back home in China — Lassila doesn’t have to worry about VCs’ mistakes in recent years. He’s working with a “blank slate,” as he puts it.