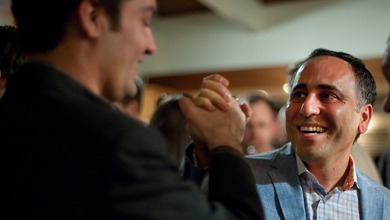 Pejman Nozad, Silicon Valley’s best-known rug dealer, has launched a new, low-flying venture firm. According to SEC filings, Nozad began raising $20 million for the new firm, Pejman Mar, a couple of months ago; his cofounder in the venture is serial entrepreneur Mar Hershenson. The new effort isn’t exactly top secret. Nozad has himself mentioned it […]