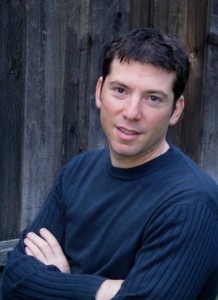 This morning, Spire, a nearly three-year-old, San Francisco-based maker of small, software-packed satellites, announced $40 million in fresh funding from investors, including Promus Ventures, which led the round, and Bessemer Venture Partners. (We wrote a piece for TechCrunch about the news here.)Late last week, we talked with Bessemer partner David Cowan about the deal, and why he’s intrigued by space startups more broadly. That conversation follows, edited for length and clarity.

How did you settle on your investment in Spire?

As an early investor in Skybox [a satellite imagery company acquired by Google last year], we were approached by pretty much every early-stage space startup out there. Back when Spire was called NanoSatisfi, [founder] Peter [Platzer] reached out to us, but the company looked as flaky as the rest of them, meaning, here was a smart guy with an ambitious idea that he was going to put up a big constellation. But after one-and-a-half years, he actually did all the things he said he was going to do. In fact, when we looked to find who might be taking advantage of Moore’s Law in space, Spire stood out as the company most likely to lead the trend. It’s pretty clear that by this time next year, Spire will have the largest constellation known to man [based on the number of satellites it has in space].

Right now, that honor belongs to Iridium, which has around 75 satellites up there. Give readers a sense of how different the two companies’ satellites are.

Iridium’s satellites are on the order of a metric ton, whereas satellites now being developed are basically 10-centimeter cubes, so maybe the size of a Kleenex tissue box. Spire’s satellites amount to three of those cubes [each].

How dramatically do they compare in terms of power?

It’s a different class. Iridium satellites are high-capacity and high-powered, but they cost a lot of money and time to build and launch. This new generation of satellites is so small and cheap that you can basically make them out of cell phone parts, with the camera and radios and GPS that goes into them. They aren’t space-hardened. Solar flares and other stuff in space [take a toll much faster]. But you aren’t looking to get 12 years out of them. You’re looking to get two or three. It’s a different attitude. You sprinkle them out there. You’re constantly changing them and tweaking them. It’s like comparing a network of mobile devices with a mainframe.

Who are Spire’s biggest customers?

The first two major applications that we’re addressing are marine craft tracking via the AIS beacons that ships have when they’re out in the open sea; the second is weather. Starting a year from now, it’s expected that the U.S. will be blind to the weather — that the [three] satellites [the government has been relying on] will no longer be functioning. As you can imagine, it’s imperative that we have weather data. It’s critical to agriculture, critical to national security, critical to understanding climate change.

To date, the government has had its own satellites to produce this data, but there’s generally a movement to outsource more and more in the industry. It’s why SpaceX has received a mandate to carry astronauts [encouraged by NASA]. Congress is saying the same about other formerly proprietary NASA activities, too, including authorizing the government to buy weather data.

We’re not satisfied to just do the weather. It’s a big market but there’s no reason that, once the satellites are out there, we can’t put more antennae on them and [wring more information] out them. There’s been a lot of awareness in the last couple of years that we have aircraft disappearing off the grid, for example. There are currently satellites in space that talk with airplanes when they’re underneath those satellites, but there aren’t satellites tracking flights going over the North Pole; a system with lots of little satellites that blanket the planet [could solve that problem].

Basically, there are no application-specific satellites any more. It’s like the internet, where the same pipes that are carrying this call also carry email and Netflix and so much more.

What other space companies has Bessemer backed?We have two other related investments, though only one is disclosed: Rocket Lab, which is building rockets to deliver this whole new class of nano satellites. Think of it as a low-end SpaceX.

What do you make a space tourism?

It interests me as a customer but not as an investor. I think it would be great. Ten years from now, I won’t have school-age children and it will be way safer, so I’m hoping I’ll be a customer.