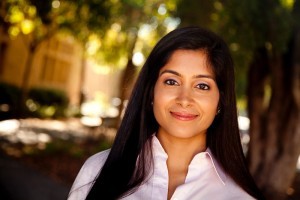 You might not be familiar with the 25-person, Palo Alto, Ca.-based startup Piazza, but plenty of engineering and other STEM students are aware of it.

The online platform where students and instructors come together to learn and teach was first conceived by founder and CEO Pooja Sankar, who as a first-year student at the Stanford Graduate School of Business, felt isolated at times in her learning experience. It reminded her of her undergraduate experience at Indian Institute of Technology Kanpur, the engineering school in India, where there were 400 boys and 20 girls in the computer science department.

Says Sankar, “I felt at a disadvantage because I didn’t have a support group to master concepts, classes, career, or how you choose a company or a startup.”

Sankar felt alone in having so many unanswered questions, but it turns out she was far from it. Today, says Sankar, roughly 1 million students around the world are posting questions to their particular course pages on Piazza, to which their peers and instructors are responding. In fact, she says, 50 percent of computer science and STEM majors at the top 20 U.S. schools — as well as at elite schools in Iran; Pakistan; Israel; Ontario, Canada and elsewhere — spend between two and three hours on the platform each day. (Altogether, says Sanker, students and educators at 1,000 universities in 60 countries are now using the platform, including at such prestigious schools as Princeton, Harvard, Stanford, and the Imperial College of London.)

Now Piazza is cultivating a new fan base – company recruiters. Explains Sankar: Up until now, executives have been setting their recruiting strategies in the dark,” says Sankar. “It’s, ‘We’re going to fly our guy to [Carnegie Mellon],’ and they literally send their VP of engineering around” with the hope of connecting with the right people.

Where Piazza can help them: the troves of data it’s collecting on students, including what courses they are taking and the types of questions and answers they are contributing to the platform, all of which companies are now using to run targeted searches and to send personalized messages to students who opt in to its recruiting service.

Currently, there are nearly 250 companies using Piazza in their recruiting efforts, up from 40 when the service officially launched in February of last year.

Sankar characterizes their range as “broad – from 10-person startups to 100,000-person companies” and Piazza charges them for yearly subscriptions to the service accordingly, with prices ranging from $2,000 to “six-figures.”

Things are going so well, says Sankar, that Piazza — which has so far raised $15.5 million from investors, including Sequoia Capital, Bessemer Venture Partners, Khosla Ventures, SV Angel and Kapor Capital – will be in the market for more funding soon.

“We’re at a stage where we’re doing what we wanted to do with our last fundraising,” she says. (It closed 16 months ago.)

“Now we want to throw fuel onto the fire.”

For a new survey from Piazza about the companies where students most want to work, check out our related TechCrunch piece this morning.