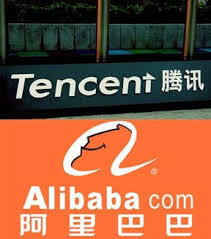 GGV Capital knows China. The 13-year-old, expansion-stage venture firm, with offices on Sand Hill Road and in Shanghai, prides itself on a U.S.-China strategy that sees its partners spending healthy amounts of time in both countries. With China now the world’s second largest economy and, as of last year, the world’s largest trading nation, that puts GGV in an enviable position.

Already, 16 of GGV’s portfolio companies have gone public since 2010, several of them China-based, including the Chinese online travel booking service Qunar, which went out in November, and the entertainment site YY.com, which held its IPO in November 2012. Meanwhile, e-commerce powerhouse Alibaba — which GGV backed in both its A and B rounds, in 2003 and 2004, respectively — is expected to go public this year at a valuation of up to $150 billion. (Asked if it still holds its stake in the company, GGV says only that it “continues to work actively” with Alibaba.)

Now, GGV is looking to invest alongside China’s Internet giants as they endeavor to expand their presence in the U.S. market. In October, for example, Alibaba led a $50 million financing round in Quixey, a Mountain View-based search engine for apps, and GGV participated in the round.

Last week, I spoke with GGV managing partner Glenn Solomon about Chinese companies looking to invest here. Our conversation has been edited for length.

We’re living in a truly cross-border world, so we’re seeing more China companies that want to access the U.S. capital markets and more U.S. entrepreneurs, particularly in mobile, recognizing that China is a really important part of market.

Why are Alibaba and Tencent and others so keen on backing and acquiring U.S. companies?

First, the big players are very cash rich. And while they’ve been peacefully coexisting in China for the last couple of years — Tencent [Holdings] is really a social and entertainment gaming company; Baidu is search; and Alibaba has largely been e-commerce — the intensity of the competition amongst them is increasing as the China market matures. Particularly around mobile, where they’ve all been pretty aggressive about finding ways to increase their business, they’re bumping into each other more and more.

So they see the U.S. as the next frontier.

It might be odd for someone in Silicon Valley to think of the U.S. as a second frontier. But the Chinese market, as it relates to mobile, is bigger than the U.S. And while there is still room for [these companies] to grow in China, they’re thinking about international expansion and the U.S. makes sense. They also want access to companies in the U.S. that they can learn from to re-import opportunities to China.

How directly are they looking to copy U.S. companies?

Many companies look something like U.S. companies, but they have a very unique flavor. Qunar, for example, has elements of its business that are extremely local, and the entrepreneur who started it is very Chinese. He’s very worldly, but he grew up in Beijing; he went to a Chinese university.

Another example is the video chat service YY.com. It’s a social network, but its primary form of communication is voice, so it’s synchronous, rather than asynchronous, and it’s thriving. People are increasingly using it to play “World of Warcraft”; you have performers performing to large audiences on the platform; and the economic model is virtual items, which most people in the U.S. didn’t quite understand when the company went public. [YY.com debuted on Nasdaq at roughly $10 per share; it’s now trading at $71 per share.]

Would you say Chinese Internet companies are ahead of the U.S. when it comes to revenue?

In many ways, yes, entrepreneurs are importing techniques from China, including free-to-play, with calls to action within applications that produce virtual item revenue. That’s much more developed in China and that model came out of Asia, but you’re seeing more and more of it in the U.S. In fact, if you go to [Apple’s] App Store on your phone, you’ll see that the 20 top-grossing apps are free; it’s because they do a very good job of monetizing that small segment of the base who play the game or use the app, whatever it might be.

Where is China on the enterprise side of things?

It’s early days in enterprise. I’d say China is three to five years behind the U.S., but we expect it to emerge as a big opportunity, so we’ve been investing in some younger software-as-a-service companies and the like.

Other trends to watch?

The M&A market is more active than in the past. An example would be Baidu, which has a large strategic interest in Qunar; we expect we’ll see more M&A and strategic investing in China.

There’s also a more active angel community, which is good for our business, as we primarily invest in B and C rounds. It’s not quite as fashionable as it is here [to be an angel investor], but things are changing.