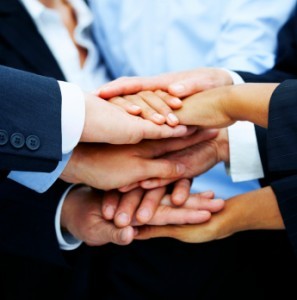 There was a time in venture capital when it was almost unthinkable for investing professionals to make personal bets on startups outside their firms. That seemingly began to change about a decade ago. For example, after Accel Partners made an early bet on Facebook that would prove among the most lucrative in venture history, the high-profile partner who’d taken a seat on Facebook’s board, Jim Breyer, began backing a variety of companies through a personal fund, Breyer Capital. Tim Draper, a cofounder of DFJ, similarly began making investments unrelated to DFJ long before leaving an active investing role at the firm in late 2013.

Whether VCs are doing more angel investing today is an open question; no one yet tracks their collective personal investments. But it’s a rare week when at least some funding announcements don’t feature VCs who are backing startups with their own checks.

It’s easy to appreciate why. Sometimes, the investments being made are too small for a fund, or they fall outside a firm’s wheelhouse. In a crowded landscape, the brand of an individual VC can also help a firm win competitive deals; allowing the VC’s involvement in as many promising companies as possible is a means toward that end.

But there are pitfalls. For one thing, conflicts can arise. If a VC has a personal stake in a new productivity app, what happens if another partner brings a different, competing productivity app into the firm? An employee’s headspace can be taken up by a company that’s not part of the firm’s portfolio. You could probably also argue that every side deal a VC makes undermines the decision-making process of his or her partners — especially in cases where those angel investments turn into home runs.

The last is a particularly thorny issue for a firm’s LPs. Says one San Francisco-based institutional investor: “If an investor funds a company that hits it big, and the firm isn’t in it, the LPs are going to be mad. They’re going to ask why the hell wasn’t the fund in that deal.”

Still, done right, the trend can be a win for everyone involved. First, side deals can become portfolio companies. Bill Pescatello, a partner at Lightbank in Chicago, has made three angel investments outside his firm, all startups where he “had a direct connection with the founders and/or a very specific connection to the business through my own interests.”

Pescatello adds that in each case, he ran the investment opportunity by Lightbank, which passed on two of the startups but has funded the third.

Niko Bonatsos, a principal at General Catalyst Partners in Palo Alto, Ca., has similarly made two “unique” investments that he first ran past his partners. One of of his checks went to Raise, a Chicago-based gift card marketplace that has since attracted $81.2 million from investors, including $56 million that the company announced just last month. New Enterprise Associates led the deal.

Bonatsos also personally invested in the 2.5-year-old, Atlanta, Ga.-based anonymous messaging startup Yik Yak. When Bonatsos wrote a check to Yik Yak – he was its first angel investor — it was barely a speck on anyone’s radar. Last November, the company announced $62 million in funding led by Sequoia Capital. (The company has raised $73 million altogether.)

Bonatsos — who scans roughly 30 newsletters and outlets before he starts his day each morning – notes that both were risks, particularly given that principals don’t necessarily have the same bank balance as more established VCs.

He is also quick to add that his firm’s “interests always come first. I’m first and foremost a General Catalyst team member.” Sometimes, he explains, “a founder doesn’t want to raise capital from a venture capital firm right away, and in order for the firm to maintain a relationship with that entrepreneur, it makes sense for someone at the firm to write a personal check.”

In fact, says Bonatsos, if General Catalyst opts to invest in either company down the road, he’ll sell the firm his stake at cost, per a standard arrangement with the firm.

“If things work out, it’s great for you. But there’s also a good chance you’ll lose your money.”