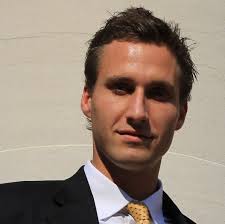 Bloomberg and Thomson Reuters had better watch their backs – or else get out their checkbooks. The financial information giants suddenly face a spate of startups ready to take a big bite of their businesses, with DataFox, a year-old, nine-person team in Palo Alto, Ca., among the newest.

So far the company, run by Stanford alums, has raised $1.78 million in seed funding from Google Ventures Ventures, Sherpalo Ventures, and Green Visor Capital, among others, for its subscription-based deal intelligence platform. The idea: replace expensive and sometimes far-flung analysts with algorithms that can turn structured and unstructured data into real-time, competitive insights about companies.

DataFox, which has three subscription tiers — $49 per month, $399 per month, and “call us,” essentially — says it isn’t ready for another round of funding just yet. At the moment, at least, it’s more focused on launching its beta product, having tested out its service over the past year with more than 2,000 trial users. Still, cofounder and CEO Bastiaan Janmaat says paying customers, including Box, Twitter and Bloomberg Beta, think the company is on the right path. In fact, he says of his company (only half-kiddingly): “This probably isn’t what ex-Mayor Bloomberg is looking for upon his return as CEO.” He shared more with us yesterday.

DataFox mines all kinds of public information to do its job. Does it create new data, too, or might it?

We do create new data, but we do it automatically. One example is competitors lists. Other databases suck at this. Human analysts at [the business data and analytics company] Dun & Bradstreet update their list just once a year. Our algorithms look at things such as co-mentions in news articles and similar press releases to automatically generate a list of similar companies, updated in real-time. The same is true of sector classifications. We invented our own sector taxonomy of more than 70,000 keywords . . . so now a company like Box is classified as “file sharing, web hosting, cloud computing, ftp replacement” plus 20 other terms, instead of just “file storage.”

You “push” out information that you deem relevant to your customers, like a headcount mention deep in a news article. How is that information delivered?

A lot of your customers are interested primarily in private company information, but you also track public companies, correct?

Yes, which is why our business is such a radical departure from the status quo, meaning CapIQ, Thomson Reuters, Bloomberg, and so forth. We’re building entity-agnostic algorithms that, over time, we can apply to any company, person or theme. We have around 7,000 public companies in our database currently. Whenever a customer requests that a company to be added, all we need is the URL, and we’ll auto-generate a one-pager in a matter of hours.

What’s on your roadmap? What else will DataFox offer customers next year?

Collaborative and team features. Expanded company coverage. We’re currently at 450,000, but I expect to cover more sectors within a year and more international companies. We’ll also be tracking more types of events. We have the pipes and parsers built, so we’ll continue to write more rules to identify more structured data points beyond the headcount, revenue, and valuation data we currently collect — like new major customers and new offices.

You say you aren’t raising money again until some time next year. What milestones do you plan to reach before talking again with investors?

We’re a subscription business, so we’re looking to continue growing revenues, but the one metric we care about most is engagement, meaning the frequency of logins and alert email opens, as well as the number of companies that [customers currently] follow, which is 35 per user. If we can continue to get daily engagement from analysts at Intuit, Bloomberg Beta, Google, Goldman Sachs, and the like, we’ll bolster our prognosis that we’re disrupting the large incumbents, and that data can’t be “pull” anymore. It needs to be predictive.

Why are you so convinced that “push” is the way to go?

The volume of communication and data is exploding, there are too many streams to pull from, so mathematically it’s necessarily becoming less likely that you are able to pull the right data point at the right time. Specifically for our customers, companies’ online footprints are expanding, so there’s more information out there, but they don’t have time to monitor a company’s employees on LinkedIn, their Twitter account, their Delaware filings, and the regional papers that cover them. Hence the need for push. I train my delivery pipe to understand my interests, schedule, and priorities. The pipe decides what’s important and surfaces that for me.