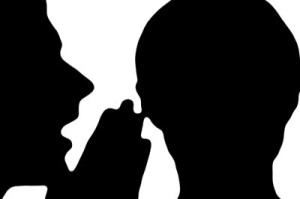 To do business with the government, you could do worse than partner with Razor’s Edge Ventures, a no-frills, Herndon, Va.-based venture firm that’s investing a $55 million fund and whose managing directors include several executives from the defense contractor Blackbird Technologies; a former director of technology assessment at the C.I.A.-backed venture firm In-Q-Tel; and a longtime Cooley attorney who used to focus on M&A.

The firm has especially close ties to the classified community, says the former attorney, Mark Spoto, who happens to be the only managing director that Razor’s Edge lists by name at its site. (The others prefer operating below the radar owing to their “other business interests,” he says.)

That kind of — yes — intel, is a big advantage, Spoto says. National security officials “don’t just let people knock on the door and show off their stuff. You have to have clearances and longer relationships and to show people that you’ve vetted the technologies. Otherwise, they’d be buried in business plans.”

So far, Razor’s Edge has made seven investments, writing initial checks of between $2 million and $5 million. Its most recent bet is CounterTack, a three-year-old, Waltham, Ma.-based firm that makes threat detection and response software. The company held a final close on its Series B financing last month.

Razor’s Edge doesn’t focus on security startups alone, though. While a company “has to have some kind of innovative technology that has important national security applications,” says Spoto, “we’re looking for companies that have the ability to take their technologies out to other markets as well,” such as the oil and gas, financial services, and healthcare industries.

The firm’s ties to the government also inform what it won’t invest in. For example, while Razor’s Edge is interested in autonomous vehicles, including drones, its partners think it’s too soon to make a bet. “The marketplace is being driven by an FAA regulatory scheme that’s still being developed,” says Spoto. “Investors who think the market will break free of that process in 2015 are being optimistic.” (Indeed, a new audit report notes that the FAA is “significantly behind schedule” in its attempt to meet Congress’ September 2015 deadline for integrating commercial drones into U.S. airspace.)

Razor’s Edge doesn’t have any exits to show for its efforts just yet, but Spoto says its portfolio companies are healthy and growing. He points to two-year-old 908 Devices, a Boston-based company that manufactures battery-operated, hand-held chemical detection tools. “When we invested, it was pre-revenue. We helped them finish their product development and now the company is doing amazingly well.” (Razor’s Edge first backed the company in a Series A round in the fall of 2012. It went on to raise Series B funding last summer.)

In fact, Spoto talks enthusiastically about all of the firm’s startups, as well as his transition from attorney to venture capitalist, a move he made after being approached by his current partners, who were previously his clients.

“I had some sense of what it was going to be like before I came in,” he says. But he likes it even more than he imagined he would. “I learn new stuff every day, I see different ideas, I get to interact with people and solve problems. I wouldn’t go back to the practice of law if you paid me all the money in the world.”