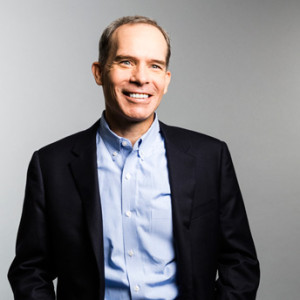 DFJ as done what a lot of firms struggle to pull off; it has undergone a management shift without completely spooking LPs, who recently committed to give the firm $325 million for its newest fund. The transition was 18 months in the making, says Josh Stein, who joined DFJ a decade ago and who now, along with longtime partners Andreas Stavropoulos and Steve Jurvetson, runs DFJ without firm cofounders Tim Draper and John Fisher. (Draper and Fisher remain on the management committee.)

Late last week, I talked with Stein — who has led investments for DFJ inYammer, Redfin, and Box, among other companies – to learn about the new vision for the firm. Our conversation has been edited lightly for length.

Along with transition at the top of Draper, the firm has decided to return its focus to mostly U.S. companies, cut out clean tech as a sector of interest, and scale back on the size of its partnership. What drove the latter decision?

DFJ had broadened pretty significantly [in numerous ways] and we thought we made better decisions when we had five or six people around the table rather than 10 or 12. We just think venture is very idiosyncratic in that it doesn’t scale very well. One person making all the decisions himself doesn’t have that cognitive diversity. But 10 or 15 [people around the table] is like a corporate meeting.

We’re also focused on developing the next generation team, so bringing in people like Bubba [Muraka, a former product manager at both Facebook and Microsoft who joined the firm last May]. I’m 40, and [during this last fundraise], I got questions about LPs about my own succession plan. I said, “Really? I just got here.”

You’re focusing on consumer tech, mobile, business and enterprise technology. What else should we expect to see from DFJ going forward?

We also focus on disruptive technology, things that aren’t about building an app or putting together a Web site. Something like Uber is an incredible service with powerful network effects, but there’s no real technical innovation there. Contrast that to [DFJ-backed] Tesla or SpaceX or [biofuels startup] Synthetic Genomics or [D-Wave Systems], our quantum computing company. Just [Wednesday], we announced that we’re backing [human genome pioneer] Craig Venter in his newest endeavor, Human Longevity. [Editor’s note: Venter’s new company, which just closed a $70 million Series A round, plans to scan the DNA of as many as 100,000 people a year with the hope that the information will lead to new, life-extending therapies. Venter is also the cofounder of Synthetic Genomics.]

Steve Jurvetson is the partner who most associate with DFJ’s more disruptive startups. Is that still the case?

Definitely. Within our three pillars, Andreas and Bubba lead our consumer efforts, I tend to lead the firm’s enterprise efforts, and Steve leads our disruptive efforts. But it’s player-coach; we all do deals that fall into all three categories; there [just happen to be certain partners] who push the thinking forward.

Are you seeing many disruptive deals? What’s particularly intriguing to the firm of late?

Well, we’d love to see a third of our capital [flow to disruptive deals] but it’s less than a third [owing to lack of opportunity]. We see lots of brilliant, revolutionary ideas, but they have to be achievable within a reason period of time or they’re just science projects. Of course, sometimes, it’s counterintuitive. When we did SpaceX, a lot of people thought we were nuts, that we’d headed down a 10-year-long rat hole. Now, it’s a very big company according to every big metric.

One thing we’re seeing a lot of innovation around right now is dynamic systems, and specifically things that are using some kind of artificial intelligence combined with sensors and actuators. A self-driving car would be the best example, or autonomous robots that can walk over uneven terrain. We don’t have a huge number of [related] bets, but we’re really excited about the ones we have.

Is there a natural ecosystem of syndicate partners for DFJ on these types of deals? Who else is looking most closely at “out there” stuff?

There’s a small ecosystem of investors looking. Khosla Ventures and Founders Fund are two that jump to mind. I think Google Ventures and Google as a corporate entity have also been very forward leaning. But I think [that ecosystem] is getting broader every day now that firms are seeing successes like Tesla, which is valued at $30 billion.

DFJ raised its newest growth fund last year. Do you have thoughts about some of the seemingly crazy valuations we’re seeing for later-stage deals? What’s your gut tell you about the health of the market?

I think people like to predict doom too fast. If the market is soft, technology is ending; it it’s hot, it’s a bubble. The truth is always somewhere in between.

The way I think about growth investments is less about valuation but total loss of principal versus partial loss of principal. When you buy Google or Apple stock, you could say the shares are highly valued, but you won’t lose all your money. The odds of Google going out of business in the next 10 years is probably zero. Even with a massive correction, Google maybe goes down 50 percent.

[Similarly], with Workday’s last private round [an $85 million injection in 2011, about 20 months before it went public], it was doing $100 million in revenue. With [online real estate broker] Redfin, the [still-private, DFJ-backed] company isn’t too far off from doing $100 million in revenue. These are stable businesses with recurring revenue, so there’s not a lot of capital risk there; it’s just a question of how big your return is going to be.

The deals where you could lose all your money in at a huge valuation – a Snapchat where you could literally lose [everything] if the company doesn’t figure out a business model or the next hot thing comes along and people move on – that’s what scares me.