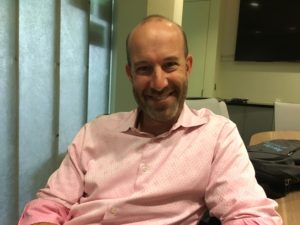 Michael Levit knows a thing or two about China. As an executive vice president at the e-commerce services company Vendio, he stayed with the company for six months after Alibaba agreed to acquire it in 2010. (It marked the Chinese conglomerate’s first U.S. acquisition.)

Levit says it was long enough to develop a consumer shopping project called Dealio that Alibaba had no interest in owning. So, he helped spin it off, renamed it Spigot, and eventually turned it into an application advertising company. (Users installing one app would receive a suggestion for another.) Roughly a year ago, Spigot also sold to a China-based company, publicly traded Genimous, for a reported $252 million.

Now Levit is taking the lessons learned from those experiences, and turning it into his next startup. Specifically, he has teamed up with longtime friend and advisor Rick Marini — cofounder of Tickle (sold to Monster) and Branch (picked up by Hearst) —  to form Dragonfly Partners, a new advisory firm that’s matching U.S. companies looking to get sold with China-based companies that are hungry for revenue.

They’ve also brought in a third partner, Gary Hsueh, who was most recently Yahoo’s global head of search partnerships and an investment banker with Goldman Sachs before that.

I sat down with Levit yesterday to learn more about the business, and how it might help Silicon Valley founders who might be ready to hand over the keys.

TC: This business sounds perfectly timed. What inspired it?

ML: Selling Spigot was wonderful, but the sales process was very challenging and tedious, and partially that’s because there aren’t many people who understand cross-border transactions and specifically how you take a U.S. company and sell it to China. Thankfully, I still have a number of friends from my Alibaba days, including David Wei (who was Alibaba’s CEO when Vendio was bought). He remains one of my mentors and helped us through that process.

TC: How many companies have you been working with, and have you sold anything yet?

ML: The first two companies that we advised informally are [the ad tech company] Media.net, sold to a Beijing-based company called Miteno for $900 million in August, and [mobile ad tech company] AppLovin, which sold last month to the private equity firm Orient Hontai Capital for $1.4 billion.

TC: You’re not an investment bank, but it sounds like you’re not far afield from one.

We’re akin to being an investment bank, though frankly there are a lot of people on the ground in China who are formal investment bankers [working with us]. What [we’re more focused on is talking with entrepreneurs about] whether China is real, what do the numbers look like, what do [China-based companies] want, how do you create your financial forecast, how do you create the right PowerPoint presentation, and help put those materials together before you even meet with a bank. Then we make the introduction to the bank.

TC: Which banks are you working with?

You have massive pools of capital in China that want to be deployed in the U.S.; you have entrepreneurs in the U.S. who want do business in China. What’s missing is a level of trust and understanding of how the two sides do business with each other. CSC solved that problem in part by partnering with AngelList. We’re doing something similar for much bigger deals and for M&A.

Frankly, some companies in China will promise you the sun, moon, and stars, and won’t give you any of it. Conversely, there are other companies that are soft-stated and that you’d never find and that have $90 billion [in market cap]. There are multiple entities like that because of the scale of China. We want to be the trusted layer that helps founders find those entities.