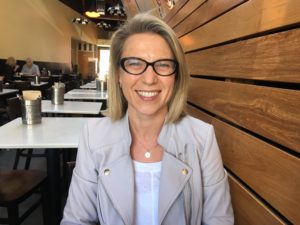 Venture capital used to be such an insular, under-the-radar industry that entrepreneur-investor Marc Andreessen has said that he’d never heard the term before arriving in the Bay Area in 1994. He’s hardly alone. It wasn’t until the mid- to late-1990s, during the dot.com boom, that the world became acquainted with what venture capitalists do. And it wasn’t until after venture capitalists Fred Wilson and Brad Feld began publishing insights about their work roughly 12 years ago that the art of VC blogging began to border on competitive sport.

The exercise has paid off for many investors. Among those to actively raise their profiles (and presumably, increase their deal flow) through blogging are Jason Lemkin, whose new venture fund we covered here; Hunter Walk of Homebrew; and Mark Suster of Upfront Ventures. (CB Insights has a longer rundown of VC bloggers here.)

Institutional investors, the money behind the VCs’ money, have not followed suit, though there’s reason to think the industry is thinking more about outreach at long last. Indeed, though these limited partners (LPs) have largely remained mum, not sharing much about their selection process, not blogging, and not talking publicly with reporters, a few signals suggest a change may be afoot, including recent feedback from one investor from a mid-size university endowment, who recently shared on background that he’s been asked to raise his profile.

The reason, simply: competition. As you may have noticed, a smaller group of so-called top-tier venture funds now manages more of the money flowing into venture capital than ever before. Still, these firms can only responsibly manage so much, which puts pressure on LPs who want stakes in those venture funds.

Perhaps because of uncertainty about the market, LPs are also less interested in brand-new funds right now than in the second or third funds of micro-venture firms that are starting to prove themselves. Forerunner Ventures, which has tripled the amount of money it is managing in the last four years, is just the latest example. These managers, too, can only make room for so many LPs.

Then there’s foreign money. More specifically, there’s more of it than ever to compete with. Take Peakview,  which is the investment advisory arm of Shengjing Group and the largest global fund of funds in China. Its U.S.-based managing partner told this reporter in March that Peakview has millions of dollars to invest in U.S. venture firms. To curry favor with them, it’s promising to help their portfolio companies bridge networking gaps between the U.S. and China.