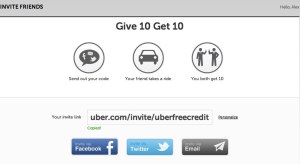 SendGrid, an email delivery platform that counts Pinterest, Uber and Glassdoor among many others that use its technology to engage with their customers, has just raised $20.7 million in Series C funding led by Bain Capital Ventures. (The company has now raised $48 million altogether.)

Last week, we chatted with SendGrid’s new CEO, Sameer Dholakia, a former key Citrix cloud executive, about what the round says about the five-year-old, Boulder, Co.-based company and the email industry more broadly.

You joined SendGrid roughly six weeks ago. Why the management change?

The company had a terrific CEO, Jim Franklin, who helped grow the company from a couple of million in sales to a company that now has 180,000 customers. But he and the board thought it was the right time to make a transition.

What are you looking to do with this new funding?

One thing we’re looking to do with this Series C is to accelerate our product innovation and new product lines to kind of diversify the business. One of two themes that we’ll push along is big data. You can imagine that [given the scale of our business], there are insights we can glean and actions we can take on behalf of our customers to make them more effective communicators with their users. We want to take a more holistic approach to email marketing.

Not a lot without giving too much away. But as a brand, any customer knows about its users. Their digital fingerprints are significant, from their use of a site, how frequently they open emails, their purchase activity. We want to use that data to create insights that were previously unavailable. At the end of the day, email is an interaction with your user, and you want to customize that interaction based on everything you know.

How many employees does SendGrid have now, and is it profitable?

We don’t share information about our finances, but we’ve grown from 150,000 to 180,000 customers over just the last six months, and we’ve sent 300 billion emails, up from 200 billion eight months ago.

We have 250 employees. We’ve probably added 100 in just the past year, and we’ll be looking to add [roughly another 100] in the next 12 months. It’s a low-touch, go-to-market model, so the size of our direct sales team is minuscule, which is great. It allows us to invest an incredible amount in engineering and technical account mangers and support. A lot of art and science goes into ensuring that our customers’ trusted email makes it to the inbox. We have a double-digit size team that focuses on nothing but catching bad guys on our system and shutting them down.

How much does your service cost?

We have a broad base of customers who might be spending a few hundred dollars a month, all the way to some of our largest customers, and they’re in the range of [spending] many tens of thousands of dollars per month.

New management, new funding. Is it fair to think that you’re eyeing an IPO in the next couple of years?

Certainly, if our growth rates continue at their current clip, we hope to look toward that in the not-too-distant future.