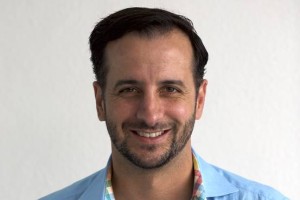 For years, Chris Farmer worked as a venture partner at General Catalyst Partners, helping develop its then-nascent seed-investing program while simultaneously working on a big idea: a database that could help screen engineering talent.

Today, that idea forms the basis of SignalFire, a San Francisco-based investment firm that Farmer, who is its sole general partner, calls the “most quantitative fund in the world.” He says to “think of us as the world’s most elite angel group, with a central institutional fund, built on top of a mini proprietary Google.”

It all sounds pretty audacious, of course, but there’s some “there” there, as we saw first-hand during a demonstration last week.

According to Farmer, SignalFire’s platform, Beacon, tracks more than half a trillion data points that it collects from two million data sources, from patents to academics publications to open source contributions to financial filings.

As a result, SignalFire is able to keep close tabs on the comings and goings of millions of engineers around the globe. And that’s just one piece of the picture. SignalFire also invests heavily in unstructured data, including raw consumer transactions that allow Beacon to see where consumers are spending their time and money — and which companies and sectors are growing or not.