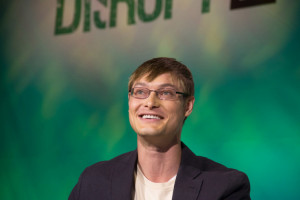 Though not quite two years old, Product Hunt has become a highly popular platform for an expanding community of users who vote on and discuss tech tools. VCs clearly like it, too. The company has already raised $7.5 million from some notable investors, including Andreessen Horowitz, Slow Ventures, and investor-entrepeneur Alexis Ohanian. Recently, we caught up with the company’s founder, Ryan Hoover, to ask how things are going.

Almost overnight, you became “Internet famous” in tech circles. What’s that like?

My life has changed a lot in the past 12 months, professionally and personally. Since the beginning, I’ve been a very public and approachable “face” of the company. As a result, my following has grown and inbox has become unmanageable with people asking for feedback on their product, advice on how to market their product, and other requests. The flood of outreach can make me anxious because I genuinely want to help but I simply can’t without deprioritizing what’s most important — my family, friends, team, and health.

I’ve also become more self-aware in public as it’s not uncommon for someone to recognize me and introduce themselves as I’m walking down Market Street [in San Francisco] or grabbing food with friends at a restaurant. It’s flattering and I sincerely enjoy meeting Product Hunt fans, but we all want to escape work sometimes.

When I invited the first few dozen people to contribute to the Product Hunt “MPV” — an email list highlighting new products — I reached out to startup folks I knew and respected. We quickly expanded beyond these initial curators by referral from others in the community and since then it’s grown far beyond my relatively tiny network to a global audience, with half the community outside the U.S. Still, not everyone can post and comment on Product Hunt — you have to receive an invite from someone else in the community – and understandably, this frustrates some people. Eventually, Product Hunt will be open to all, but right now we’re focusing on slowly building the community.

Last year, after Product Hunt gained early traction within the startup community, I thought hard about what it could become and what I wanted to build. Our longer-term vision is build a platform and communities around all types of products. Games was toward the top of that list.

How do you balance your taste and instincts versus pleasing the crowd?

The truth is, all of the products on Product Hunt are submitted by those in the community, with the exception of those that I and my teammates personally hunt. Once posted, products rise or fall based on the number of legitimate upvotes they receives, discounting voting rings or fraudulent votes from those trying to game the system.

As the community has grown, we’ve already begun to see bifurcation in the types of products people gravitate toward. For example, people have been posting and upvoting games on Product Hunt since the beginning. While appealing to the general Product Hunt community, an enthusiastic subset was particularly attracted to this category and asked for their own place to share and discuss games. That was part of the inspiration to expand into gaming; as we expand to other categories, we’ll create new, autonomous communities that adopt and grow their own taste and culture. [Editor’s note: the newest of these channels focuses on books. You can learn more here.]