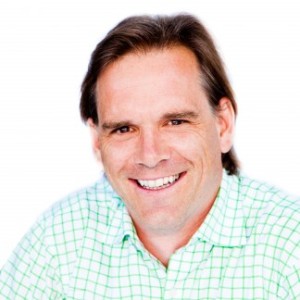 Mathias Schilling is the cofounder and managing partner of e.ventures, an early-stage venture firm that invests out of dedicated funds in five geographies: the U.S., Russia, Germany, Asia, and Brazil. The vantage point gives Schilling a unique perspective on how the world sees the U.S. debt crisis. During a quick chat yesterday, he told me his partners are, in a word, “confused.” We also talked about what he’s seeing around the globe.

You have these dedicated funds where you share carry. Do you sign off on deals as individual firms?

We look at every region very locally, but we [employ] different structures for different deals. Sometimes, we’ll have an investment committee where I’ll participate in the decision-making. Sometimes, we don’t get involved at all. Our mantra is to keep local teams to two to three partners so we can make decisions quickly.

Last year, you and Redpoint Ventures joined forces for your Brazil-focused venture fund, raising $130 million. What are you seeing there in late 2013?

Brazil has had many lost decades, including after 2000. So many basic [online] categories still haven’t been created and funded. There’s also a lack of capital, and entrepreneurship culture, and there’s a difficult regulatory environment. But I’m very positive on Brazil. We’re not only seeing copycats, which obviously makes sense, as large categories need to be created; we’re also seeing a lot of very high quality entrepreneurs. We’ve [backed]10 companies in the last 18 months or so, in e-commerce, financial services, advertising, travel.

Right now, it’s cooled off on a macro level, in terms of investors going there, because if you aren’t local and make a commitment to stay, it’s very difficult. It puts us in a good position there.

What can you share about the other markets you’ve entered?

Japan is an interesting market. It’s traditionally been a tough venture market – people are very hierarchical and risk averse, which is also true of Brazil and, to some extent, Germany. But on the mobile side, we’re seeing a lot of advanced things happening. Half of Android’s revenue is coming from apps being made in Japan and South Korea.

Each is distinct, but I believe you have to go into these markets and build a commitment there and stay for the long run, because I don’t think you can stop the trend. We are globalizing.

Is entrepreneurship as widely celebrated in other parts of the world?

I think it’s cool to be an entrepreneur in most countries at this point. Everyone knows some fantastic success story of some guy who really did it. And some of these people really had to pull through to be the first [success story], so they’re great role models.

I gather the rest of the world is very concerned by the U.S. government right now. What are you hearing from your far-flung partners about this mess?

I think people are speechless. Honestly, they’re shrugging their shoulders. They don’t get what’s happening and why. And to some extent, it is a bigger deal elsewhere than it is here. They think it will be resolved. It has to be resolved.