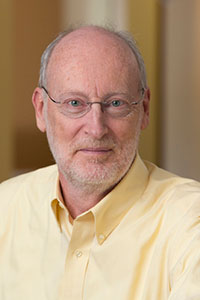 Ted Driscoll of Claremont Creek Ventures has been embroiled in the world of digital healthcare a lot longer than most of his industry peers. Before becoming a VC nine years ago, Driscoll, who has a PhD in digital imaging from Stanford, spent decades as a founder and executive at five diagnostics and imaging companies. Maybe it’s no wonder then that Driscoll has strong opinions about where investors who are newer to the digital health scene should be focusing their attention.

You’ve written about confirmation bias and how “humans are good at ignoring stuff they don’t agree with.” Does that apply to healthcare investing, too, in your view?

I think it’s one of the curses of venture capital. VCs come in with preconceived notions and it causes them to not necessarily look at the world in the future but to look at the past.

We’re in the midst of a revolution in medicine and we don’t see it. It’s becoming all digital — not just electronic records being captured and stored but diagnostic decisions that are being based on much larger data sets than doctors can fit in their heads. They need tools that find information in the data and that’s a new thing for doctors. In my memory, the guys who went to med school weren’t the computer science types, but now they need computer familiarity to cope with the huge datasets that confront them.

And you think VCs aren’t funding enough of those tools?

My personal opinion is that the most value is created by technologies that can change a doctor’s decision-making. I’m not so interested in things that tell me how many paces I took yesterday; I am interested in the wearable that monitors someone with congestive heart failure and alerts him when he needs to go to hospital. I’m interested in the cheek swab that’s going to tell a doctor that a depressed patient is going to respond to Prozac and not Celexa, so the doctor can make an informed decision rather than rely on trial and error.

No doubt I’ll miss a Facebook along the way but I’m not seeing healthcare applications for consumers that work that well. Frankly, the many acquaintances of mine with Fitbits or Fuelbands stopped wearing them after three months.

You note that doctors loath to adopt new technologies. How, or when, do we get past that hurdle?

Doctors are quite aware of malpractice issues, so they tend to not want to change until they know something is going to work and not have unexpected side effects. Another issue is the way reimbursement works. Certain tests might be valuable, but because a doctor knows he or she won’t be reimbursed until the following year [they might hesitate to use that test] or else exaggerate the patient’s condition to ensure they’re reimbursed for the treatment [more quickly]. Our reimbursement system is total anarchy, with different practices across every state. Is there a reimbursement code for this? Does Medicare reimburse that? Worse, it changes from year to year.

The good news: as the medical community begins to understand this whole world of information under the surface that can help them, and lots of tests are getting approved [by the FDA], that information is getting back to reimbursers, and they’re coming around. Five years ago, I wouldn’t have invested in a genetic test. Now, I have.