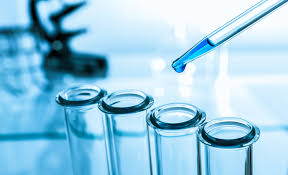 It’s long been the case that life sciences investors don’t get the attention that their more traditional tech counterparts do. They’re underrepresented on lists of top investors in venture capital. They’re also remarkably underfunded, according to institutional investors (or limited partners) who back venture firms.

It’s the “life sciences guys who are smart as hell,” says one LP who’s grown frustrated with some of the tech-focused firms he has backed because they’ve haven’t produced the cash-on-cash returns he expected, yet who’s exceedingly happy with bets on firms like Third Rock Ventures, a 10-year-old, Boston-based outfit that incubates biotech startups and which took many of those companies public before the IPO window largely slammed shut last fall.

Taking companies public is “exactly what the tech guys should have been doing,” says this person, who represents a sizable endowment.

Whether the LP is being completely fair is an open question. Certainly, in recent years, many more biotech startups have gone public than consumer or enterprise startups, with public investors seemingly drawn in part to unprecedented levels of innovation, including new machine therapies and other treatments for a variety of diseases that couldn’t be addressed earlier in time.

However, even healthcare investors are quick to point out that they took so many companies public in part because they didn’t have much choice.