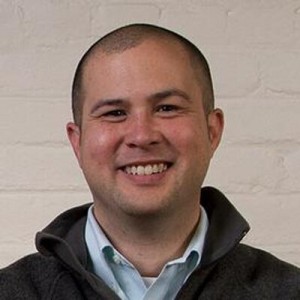 Lee Hower was an early employee of PayPal and LinkedIn’s very first director of corporate development before joining the field of venture capital in 2005. His first stop was as a principal and venture partner at Point Judith Capital. In 2010, he cofounded Boston-based NextView Ventures, whose many bets include Taskrabbit, the popular marketplace that enables users to outsource their chores, and ThredUp, a consignment marketplace that just closed on $23 million in new funding last week. We exchanged emails last week about NextView’s newest fund, and what’s capturing Hower’s attention right now.

​​NextView recently raised its second fund. What were your biggest learnings from your debut fund?

Yes, we recently raised our second fund, [closing on] $40 million. Our team, model, and strategy are all the same, but we’re typically the lead or co-lead investor in seed rounds [now], and the size of these rounds is a little larger today than when we started in 2010. Back then, they were often $1 million or under, but we’ve seen them average between $1.4 million and $1.5 million now, and $2 million-plus isn’t uncommon.

We’ll fund the same number of companies, but we can continue to lead these slightly larger rounds with initial investments and also have a little extra follow-on capital.

You and your partners are quite public in blogging and tweeting from the Boston ecosystem. What other investors at the seed stage in Boston would you encourage founders and other investors to follow and keep an eye on?

Is NextView anticipating doing more deals on the East Coast versus doing them in the Boston area?

We’ve focused on the East Coast since we started, though we’ll invest throughout the U.S. Our first fund was a little less than one-half Boston, about one-third New York, and about 15 to 20 percent “other.” When we invest outside the East Coast, it’s typically founders we’ve had a long relationship with, a sector we know particularly well, or a company that’s been transplanted. For example, ThredUp started in Boston but moved to San Francisco. We expect the geographic mix to stay about the same for our second fund, which we started investing in the first quarter. We’ve made six investments to date; four are in Boston and two are in New York.

Aside from the web and mobile, what platforms are you and NextView most excited about right now and why?

We’re looking at blockchain stuff like a number of other investors are. We also like wacky stuff. One of our new investments (unannounced) is literally rethinking mass transit with a blank canvas. Our portfolio is split roughly 50 percent consumer and 50 percent [business-to-business] companies, and at the heart of each one is internet-enabled software. We take a pretty long view, though, and believe web and mobile have a long way to run. If you look at most of the truly transformational (at a civilization level) platform shifts — electricity, automobile, microprocessor, etc. — the innovation plays out over many decades, not just a few years. The internet will be the same.