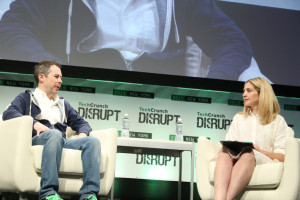 Bill Maris of Google Ventures gave a thoughtful performance yesterday at the TechCrunch Disrupt conference in New York. Interviewed by the outlet’s co-editor, Alexia Tsotsis, the two covered a range of high-profile stories that have been published in the last year and relate either to Google Ventures’s portfolio companies or to controversial – even seemingly strange — statements that Maris has made to reporters.

Earlier this year, for example, in a Bloomberg profile, Maris was quoted as saying: “If you ask me today, is it possible to live to be 500? The answer is yes.”

The Bloomberg piece actually provides readers with a fairly rich picture of what Maris is trying to achieve at Google Ventures. But Maris’s very specific prediction has stuck to him like chewed gum and Tsotsis gave him the chance to address it yesterday — an opportunity he seized, suggesting the “science fiction headline” belies the truth.

The reality, he said is that “for generations, physicians and researchers have worked really hard to diagnose, treat and prevent disease. And so I’m interested in the people that are doing that. And if that adds five years to people’s lifespans, if it adds 10 years . . . I think it’s a worthy pursuit.”

At the beginning of the last century, he noted, the lifespan in the U.S. “was about 40 years; now it’s about 77.”  There’s “a ton of work that has to be done” to address the question of whether humans can live 500 years, Maris continued. But he said he thinks things are moving in the right direction. “I think it’s possible within a generation or two, at the most, to cure cancer.” Maris also noted that the “first human genome was sequenced in 2004. It took about 15 years and $2.7 billion, and now you can sequence a genome on a machine that can sit [on a small side table] for under $1,000 in a couple of hours.”

Maris was also asked about the reputation of Uber — heralded as Google Ventures’s largest deal ever when Google backed it in 2013 —  as “ethically challenged.” Calling Uber the “fastest-growing company we’ve ever seen,” he offered that any outfit growing so fast is invariably going to “bump into challenges.” Maris also shared some color about one of his first meetings with Uber CEO Travis Kalanick about a potential tie-up.

“When we invested in the first round of Uber, my partner, David Krane, and I went to see Travis and talk about the round,” said Maris. “I told Travis the same thing I told Matt Rogers and Tony Fadell when we invested in Nest [Labs] . . . which was: ‘What does it take to take it off the table? We don’t want to get into an auction. We’re not looking to save money on valuation, and hopefully you’re not looking to crank it as much as possible.’ And Travis said, ‘Here’s what it’s going to take. Here’s the price and what I want the round to look like. Are you on board with that?’”

After Maris said Google Ventures was, and they “shook on it,” that’s “exactly the deal that we did, and Travis was as good as his word,” said Maris, offering that Kalanick could “easily” have asked for “15 to 20 percent more.”

Tsotsis next moved on to Google Glass — which Maris says is alive and well, despite reports suggesting otherwise. We’d hoped she might ask Maris about another, Uber-related headline this year: the news that Google plans to develop its own Uber competitor.

As you may recall, Bloomberg had reported back in February that Google was “preparing to offer its own ride-hailing service, most likely in conjunction with its long-in-development driverless car project.” At the time, Bloomberg said that David Drummond, Google’s chief legal officer and senior vice president of corporate development (as well as an Uber board member), had “informed Uber’s board of this possibility, according to a person close to the Uber board.” Bloomberg further reported that “Uber executives have seen screenshots of what appears to be a Google ride-sharing app that is currently being used by Google employees.”

Shortly after the piece was published, a “person familiar with the matter” told the Wall Street Journal that the “news that Google is developing an app to rival Uber has been blown out of proportion.” Reported the Journal: “The person said a Google engineer has been testing an internal app that helps Google employees carpool to work, and the app isn’t associated with the company’s driverless cars program.”

That seemed to settle the matter. Given the size of the opportunity Uber is chasing — and Google’s slowing growth — we’re not certain why.

(By the way, in case you’re curious: Unlike Maris’s colleague Ray Kurzweil – who reportedly takes 150 supplements each day to extend his life — Maris doesn’t take any, he said yesterday.) 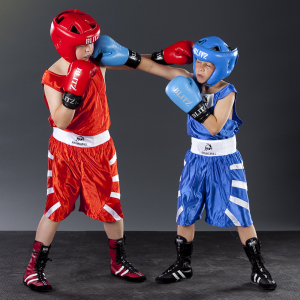