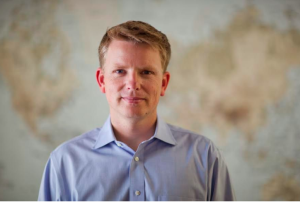 Nathan Eagle was a Fulbright scholar from MIT, teaching at the University of Nairobi, when he had his “aha moment.”

Specifically, Eagle was teaching a mobile phone programming curriculum at the school when he and his students built an SMS system that enabled rural nurses to text information about low blood supply levels to centralized blood banks. (Earlier, the nurses depended on someone who drove from hospital to hospital, reporting back who needed what.)

The system earned Eagle praise and a photo in the local papers. Unfortunately, the nurses almost immediately stopped using the system. The reason: the onerous costs of text messaging. “I didn’t realize it at the time, but I was basically asking them to take a pay cut,” says Eagle.

Indeed, in many countries, including India, Brazil, and Indonesia, one of the main barriers to connectivity is the crippling cost of data. Facebook reminded the world of this problem when its India-focused Free Basics program — designed to offer free Internet access to certain sites only — was recently banned by India’s telecom regulator, which ruled that the practice of charging different prices to different customers is not acceptable.

How it works: through an Android app by Jana called mCent, users must first agree to immersive advertising experiences, like spending five to 10 minutes using Amazon’s app in exchange for 20 to 50 megabytes of data.

Another advertising client of Jana’s, the popular, India-based music streaming service Saavn, gives customers 10 free songs that they can listen to any time they want. The idea is to give those users a sense that their phone is much more than a two-way communication device; it’s a music player, too. 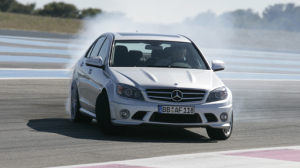 No one paid much attention when last week, a 15-person company called Apio Systems in Crystal City, Virginia, announced that it had raised $5 million in funding. Mercedes-Benz was probably watching, though.

In fact, Apio’s founder, Sascha Simon, spent nearly a decade at the company, including as head of its Advanced Planning Group, the same unit that launched Mercedes’s connected car system. But in 2012, Simon began thinking the technologies he was developing could live outside of Mercedes and every other car maker, so he left. We talked yesterday about that decision and what he’s trying to accomplish at his new company. Our conversation has been edited for length.

You had a big role at Mercedes. Why leave?

I felt the benefits of the connected car shouldn’t [accrue] just to Mercedes drivers but to everyone. Everyone carries a smart phone, so the idea was: Let’s use smart phones to bring safety benefits to drivers worldwide. I also thought I could do this faster outside of the car industry.

You’ve created a “situational awareness” technology that provides safety alerts and monitoring tools that help make drivers safer. How does it work, exactly?

The technology utilizes all the sensors in the smart phone that are there already — the gyroscope, accelerometer, audio and video sensors, barometric pressure [sensors] — and uses them to enable your phone or tablet to sense everything around it. [The smart device then] communicates with our cloud to make a determination about what’s happening. It’s almost like having an extra driver or passenger looking out for you.

So this is sort of tech for the here and now, until advanced car technologies are more ubiquitous.

If we had fully autonomous cars, no one would need what I’m doing, but they won’t come that fast. I think if we wait until car companies get there, it will be another 15 years. In the meantime, I believe that we’re building something that can be incredibly helpful in [hastening] that day. If everyone experiences [the advantages of the connected car], then everyone will want it.

How far along is your tech? And how – or to whom – are you selling it?

We have a functioning prototype and customers who are waiting, including Transdev, an international, multimodal transportation company that’s both a customer and an investor. It runs everything from trains to trucks and basically, what it will be buying is features and functionalities that will be packaged in the smart phones or apps it already has. [The technology] will allow it to be in constant communication with its vehicles to sense what its drivers are doing, if a vehicle is in trouble, how well a vehicle is performing. It’s a complete feed management platform.

What does Mercedes think about what you’re doing?

I have communications with former colleagues all the time. That’s about all I can say at this point.

You just announced $5 million in funding. I don’t suppose you’re thinking about your next round?

Certainly we’re not ready to announce new funding plans yet, but you can imagine it’s all planned out. Our job right now is to take the money we’ve raised, get product to our customers and take it from there. I can tell you smart devices will continue to take over more functionalities from cars, and I plan to be a part of it.