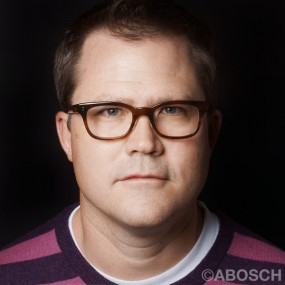 Luke Beatty has had a busy couple of weeks. As President of Media Brands at AOL, Beatty manages an assortment of online media properties, including Techcrunch, Engadget, and MapQuest from his home base in Denver, Colorado. And he’s been spending a good amount of time helping his teams make sense of Verizon’s acquisition offer. (Verizon’s plan to buy AOL for $4.4 billion has yet to formally close.)

Beatty’s ties to AOL run deep. He roomed with AOL CEO Tim Armstrong during and after college; installed Armstrong on the board of his content platform, Associated Content, which sold to Yahoo in 2010; and joined AOL as an executive in August 2013.

We asked Beatty if he could explain Armstrong’s thinking around the deal to our readers. Parts of that chat follow, edited for length.

You oversee nine different properties. How did people react to the news that Verizon is buying AOL?

When you have a big mixed group like that, and a big announcement like [we had], to try to bundle everybody’s perspective into a common theme is difficult. The majority of my brands have come to AOL by way of acquisition, so I think they already understand what it’s like to be part of a publicly traded company.

I think a lot care about the decision and they’re interested to see how it affects them both personally and professionally, particularly brands like TechCrunch and Engadget that are engaged in that world and are interested in knowing: Am I going to maintain my editorial independence? Meanwhile, with MapQuest, the implications of being owned by Verizon are very different and can present new opportunities that can be very exciting for them.

What is going to happen to the content sites? Reports suggest Tim Armstrong is leaving the door open to numerous possibilities.

I can firmly say there is zero intention on Verizon’s part to spin off the brands or sell them or to find a new home for them. They’re very focused on our media brands and there’s zero interest in divesting any of the brand outfits.

Does anyone’s role change? Does yours?

I don’t see any of our roles changing. We’re operating as an independent company within Verizon, run by Tim, and we plan to operate as we do now.

What about acquisitions? Will your pacing change as a subsidiary of Verizon?

We’re going to stay as active or more active than we’ve ever been [relating to] all three parts of AOL. I think that Verizon expects [it].

One of the secrets to our success: We have a very unique strategy in the sense that when we acquire brands like TechCrunch or [the web ad platform] Adaptv on the platform side, we keep the teams and offices and culture together. We’re not great at everything, but that’s something AOL is great at – retaining expertise and talent.

Given the beating that ad tech valuations have taken, might Verizon look to add even more pieces to its new ad tech business? Are there gaps it will look to fill?

As the market evolves and new publisher services are needed, I expect the platform side to continue to add where they need to. If you look at acquisitions that [AOL Platforms CEO] Bob Lord and the [digital advertising] platform side have made over time, it’s been a steady drumbeat of acquisitions, including, recently, with Vidible [bought by AOL in December for a reported $50 million]. We also build internally.

What part of the deal do you think people don’t fully appreciate or understand?

[The acquisition] is a huge opportunity for a lot of the brands at AOL, many of which are rooted in blogging and are now very popular brands that are moving to video. For example, “Crunch Report ” – a daily show on TechCrunch —  [you’ll see] that stuff happening more and more. The move to video is extremely exciting, and to have a partner like Verizon that has a big [over-the-top] audience and video distribution [reach] is a huge advantage for us.

AOL made a big push into video last fall. What have you learned about what consumers want and don’t want, and what percentage of content are you shifting to video?

Video across all our brands has been growing every month but it’s not like there’s a template, [like] we have to get to the point where 25 percent of the content we produce has to be video. It depends on the brand and the topic and categories. Some things in the tech space are sort of short form. HuffPo is getting into more long-form stuff. It’s about finding the right format for the message.

What we are seeing, particularly concerning the tech brands, is that three years ago, they were [tailored] for [more niche audiences]. A brand like TechCrunch was for people who were in the business; Engadget was a site about the newest products, gadgets, and technologies, but it was for people inside tech companies. Now, people everywhere care about technologies and how they’re being funded. They want to see Marissa Mayer and Mark Zuckerberg [talk about] what they achieved in the last year. Video is helping that happen. It’s helping [people who don’t work in tech] get up to speed.