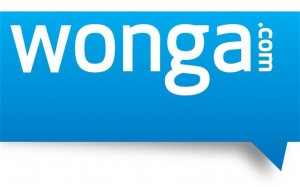 In the span of seven years, Wonga, a London-based online payday lender, managed to become one of the best known Internet brands in the U.K, with half the buses in London plastered with its ads, along with a good number of soccer players, through Wonga’s sponsorship of the English Premier League team Newcastle United.

Then, late last week, the company disclosed that it was writing off some $350 million of debt – at a cost of roughly $56 million to the company — following a “voluntary agreement” between the company and the U.K.’s Financial Conduct Authority (FCA), which took over regulation of the consumer finance sector last year. Wonga’s implicit admission: That despite the more than 8,000 pieces of information that its algorithm takes into account when assessing a potential borrower, the company had lent money to people (330,000 of them) it should have declined.

Andy Haste, an executive chairman who was installed at Wonga in July to rehabilitate the company, said that going forward, the company is committed to lending only to those who can “reasonably afford” a loan. Haste – who was hired into Wonga after it was caught sending bogus letters from nonexistent law firms to customers in arrears – also added that he “agreed with the concerns expressed by the FCA and as a consequence of our discussions we have committed to taking these actions.”

So when did things go south at Wonga and can the company — which has raised roughly $145 million from Balderton Capital, Accel Partners, Wellcome Trust, Oak Investment Partners, Greylock Partners, Dawn Capital, Meritech Capital Partners, and Index Ventures over the years — ever recover? Unsurprisingly, it depends on who you ask.

Insiders generally paint a picture of a company that’s been the victim of a changing regulatory environment. When Wonga was launched, its business was lightly regulated by the Office of Fair Trading (OFT), which was “not a banking oversight function that had a great deal of power or was intrusive,” observes one investor. Wonga suddenly faced a much more stringent set of checks and balances when the regulation of consumer credit was transferred last year from the OFT to the FCA.

The FCA’s regulators have been overly harsh, too, insists another source, who suggests its cozy relationships with established players is primarily why the FCA almost immediately began poring over the fine print at Wonga. “Wonga’s business was always regulated,” says the insider. “From the first day, it was licensed; it had its own underwriting agents and was being reviewed by regulators. But becoming such a large brand so quickly was hurting the established banks, which are very influential in a country like the U.K.”

Still, those who spoke with StrictlyVC also concede that Wonga made plenty of mistakes – not working earlier with financial services authorities, “running the business a lot looser than they should have,” and those threatening debt collection letters among them. (The latter proved an especially big embarrassment to the Church of England, which said it had unwittingly invested in Wonga through an investment fund; it ditched its stake in July.)

The company’s once-renowned algorithm also appears to have failed the company – a lesson, possibly, to many newer lending companies that believe the sophisticated algorithms they’re developing are akin to impenetrable moats.

As says one insider: “With algorithms, you always think you’re doing the right thing until the sh_t hits the fan. You ask the guys involved in Long Term Capital Management [the famous hedge fund that collapsed in the late ‘90s] whether they knew there was a ‘black swan’ in their algorithm; they didn’t.”

The question now is whether Wonga stands any chance of surviving. Haste has said he believes Wonga, which serves 1 million customers, can succeed as a small company. Others close to the company aren’t so sure about its fate. Says one source: “Will Wonga be a big business again? I doubt it because of the damage to their brand reputation.”

Say another: “If Wonga can afford to pay the penalty and stick around, they have a business to build. Consumers in the U.K. don’t have a lot of other good options. The banks are still doing a sh_tty job.”